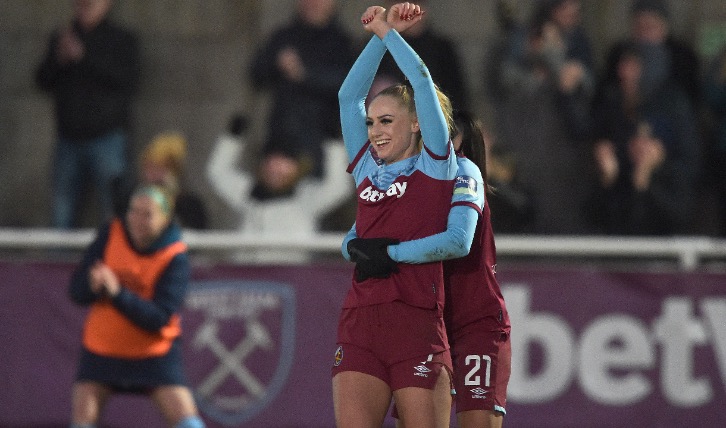 The Swiss international netted her third and fourth of the season in the final ten minutes of Sunday’s home match with the Seagulls to ensure a vital win for Matt Beard’s side and claim the NicheSolutions Hammer of the Match award.

Lehmann spoke in the week building up to the game about how important a victory would be and, having scored the goals that got the win, Lehmann was thrilled with how the team came from behind to secure the result.

I wanted to score so badly and I'm happy that we won. It's a great early birthday present for myself!

“This is such an amazing feeling,” Lehmann told whufc.com.  “I said before the game that we had to win this game, and I had to score goals. I’ve had a hard time with injuries this season so I’m really happy to get these two goals.

“I’m happy that we won. I’m so happy for this team. This was such a big team performance and we’re all delighted.

“In the second half, we changed our formation, which helped us to craft more chances and get more possession in the final third of the pitch. We deserved to win this game. They were hard to beat but we got the result and we’re all happy.”

The determination to score for Lehmann was evident for all at Rush Green Stadium, with the forward missing a decent opportunity just after the hour mark. 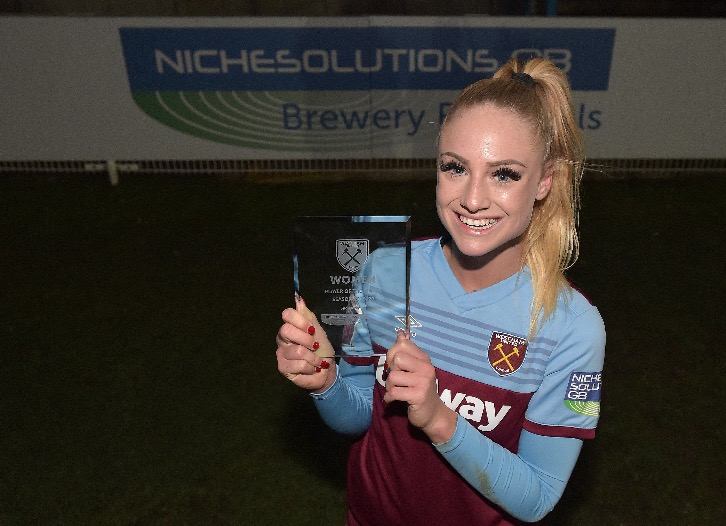 Lehmann showed excellent mental strength in restoring her own composure and the No7 admitted she was driven to score and take her side back to winning ways.

With the three points in the bag, and Lehmann’s 21st birthday on Tuesday, the attacker can certainly begin her celebrations early.

She added: “I wanted to score so badly. We wanted to get this win so when I missed the chance, I was livid with myself. It was a good chance that I should of scored. But then I scored those other two…two out of three isn’t bad, right?

“I love West Ham. I love this Club. I love Matt and I love this team. It was a great feeling. It’s a great early birthday present for myself, and now the celebrations can start early!”

Svitková: We can compete against the big teams

Harder: Defeat was down to the details

Women bow out of League Cup against Chelsea