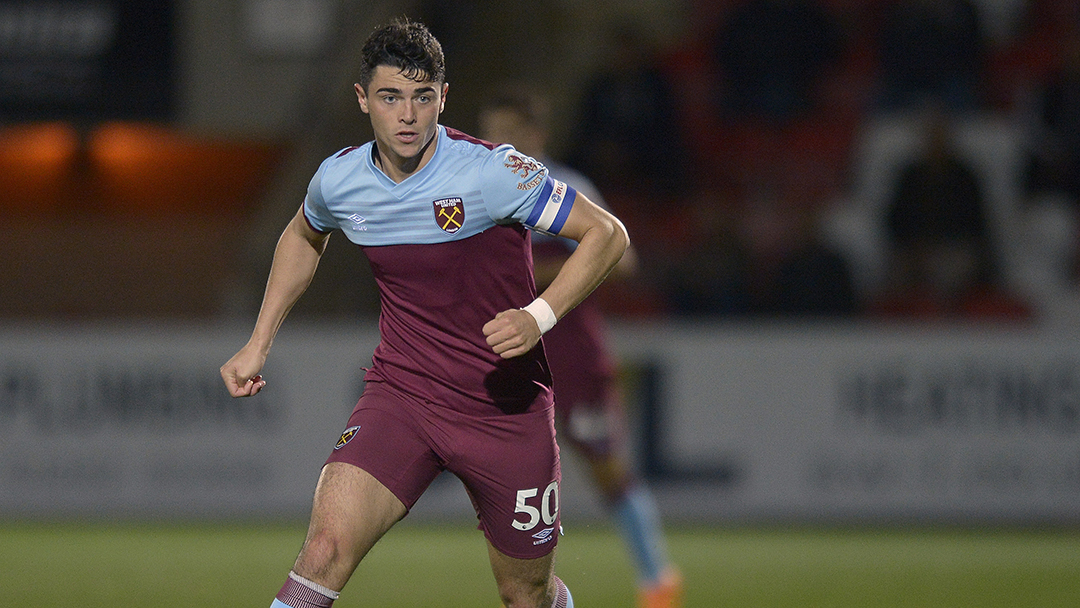 West Ham United can confirm that Joe Powell has completed a permanent transfer to League One side Burton Albion for an undisclosed fee.

The Canning Town-born midfielder has progressed through the ranks at the Academy of Football, which he joined aged eight, and marked his professional debut against Macclesfield last season with two assists for fellow graduate Grady Diangana.

The 21-year-old subsequently spent the latter half of the campaign on loan at League Two team Northampton Town, scoring two goals in ten appearances.

A popular character in the dressing room, Powell has also been a regular with the Under-23s side in recent seasons, recording 14 goals and 13 assists in 64 appearances in Premier League 2.

The midfielder said: "I’ll always be thankful to the Club, who helped me get where I am today, and to the fans who have been supportive all the way through my time here. I’ll miss the place for sure."

Everyone at West Ham United would like to thank Joe for his efforts in Claret and Blue, and wish him every success with his future career.