West Ham United celebrates its 125th anniversary this summer – and as part of our celebrations we’ll be counting down to the date with the Club’s 50 Greatest Matches - brought to you by Monster Energy!

Since the Hammers were formed as Thames Ironworks FC in 1895, they have played in excess of 5,500 matches – reaching five FA Cup finals, lifting European silverware and featuring in 62 top-flight seasons along the way.

We will be posing that question to a panel of esteemed and knowledgeable supporters, historians and former players to rank the list, but first we want to hear about the games which stand out in your memories! 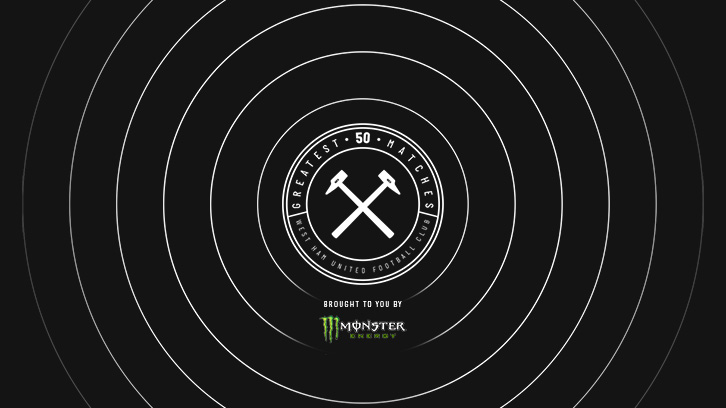 Fill in the form below to submit which game you feel is the greatest in Hammers history and have your say.

Whether it was the moment Billy Bonds held the FA Cup aloft in 1975 or 1980, Bobby Moore climbed the famous Wembley steps to collect the 1964 FA Cup or 1965 European Cup Winners’ Cup, or something more niche, we want to know!

Over the next few weeks, we will count down from 50 to eleven before giving you, our fans, the chance to rank the top ten, climaxing in the revealing of the greatest match in the Hammers’ long and illustrious history.

Keep an eye on whufc.com and our official social channels over the coming weeks for details of how you can cast your vote.