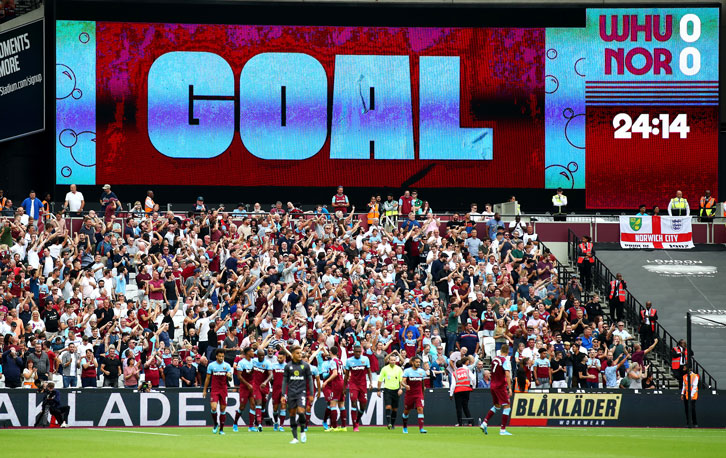 The OSB’s Ticketing Subgroup, comprising representatives from the OSB, Disabled Supporters’ Board (DSB) and wider fanbase, was set up to provide an informal forum for supporters, via the OSB, to feed back to the Club specifically on ticketing matters.

All actions taken from the meeting will be reported back on from the Club via the OSB.

At the meeting, the OSB raised feedback from supporters and this was discussed with the Club. Here is a summary of the key topics raised and discussed:

Performance of the Ticket Office and TicketMaster

Feedback received by the OSB ahead of the meeting showed a largely positive experience when supporters have contacted the Ticket Office. The Club confirmed that it has seen call numbers fall significantly this season, with 70-80% of purchases now done online through the e-ticketing website.

An upgrade of the TicketMaster system was performed in January 2019 in order to meet this increasing demand, and we are confident that previous errors with the system, including the ballot process, have now been resolved.

The OSB had received queries regarding the functionality of the website, more specifically the ability to upgrade junior tickets online. It was confirmed that this was something the Club will introduce, and the club is confident that the system will be live before Christmas. The Club will confirm a more specific timeframe as soon as possible.

The allocation of away tickets was a key topic with all of the supporters present, including Away Season Ticket Holders, Season Ticket Holders and Claret Members, posing questions. The limited nature of our away allocations means it’s very difficult for the Club to find a solution that pleases all supporters, given commitments to all sections of the fanbase.

It was confirmed that there are 700 supporters on the away scheme (a capped number), which is designed to provide a ticket for travelling supporters for personal use. There is and has been no suggestion of abolishing this scheme.

The pros and cons of the ballot were also discussed with broad agreement that, as a principle, it is a fair way of ensuring that away tickets are not a ‘closed shop’. There was some further discussion about the size of the ballot relative to the allocation and the Club has agreed to review this, for example, games where the allocation is less than 3,000, the ballot could be offered as 5% of tickets, but for games we receive the full allocation, 10% would be saved for the ballot process. This suggestion will be taken forward to the main OSB meeting.

It was also made clear that the Club welcomes suggestions regarding making the allocation fairer to all supporters and are happy to discuss any ideas further at the next OSB meeting.

Following feedback from fans regarding the misuse of tickets, this season a set of Terms and Conditions were introduced. As a result, a number of fans have been removed from the scheme for a breach of these.  Additionally, a member of the Ticket Office is now working at every away game to assist travelling fans.

The Ticket Office are also monitoring the non-attendance of supporters who have purchased away tickets with the sole intention of earning points, and there was discussion on how the Club could take action on this.

It was also confirmed that the Ticket Office monitor social media and ticket websites to act on the resale of our away tickets. Supporters are reminded that tickets are for personal use only, and the resale of a ticket without the express permission of the club is illegal.

Other clubs have introduced ID checks for travelling fans, and an example was given of England away matches, whereby supporters have to collect tickets on the day with photo ID. The Club confirmed that while it wishes to prevent touting, supporter experience is an absolute priority , but it will be consulting further with the OSB and ticketing subgroup on any future proposals.

It was confirmed that there are also no plans to abolish the Priority Points system and the Club is keen to hear fan views on how points are allocated. The Clubs’ preference was to have the most simple system possible to prevent any confusion, for example, some clubs offer points based on the distance travelled, but also take into consideration the category of the game, meaning there is a large variety in the points offered.

Currently, our scheme offers one point for a competitive away fixture or home cup game, or two Priority Points for those supporters on the home cup scheme. Supporters present suggested a bonus point system for mid-week games, or any games moved for television at short notice. The Club will review this suggestion with a further update to be provided at the next OSB meeting.

There was a question as to why supporters receive 90% of their ticket price when selling their ticket on the Ticket Exchange. It was confirmed this was to cover the processing cost from TicketMaster.

Club Cash is offered as an incentive to Season Ticket Holders who cannot attend games to list their seat online to give other supporters the opportunity to watch the game, and physical attendance this season is at the highest it’s been since the move to London Stadium. The ticket value given to supporters is weighted to reflect the category of the game to ensure supporters get value for money.

The Club remains open to any suggestions that may improve the process.

The Club do not license any travel partners to sell tickets for away games, and if supporters see tour companies offering away tickets, please bring them to our attention by emailing the Ticket Office with full details.

The Club does engage with  travel partners who can sell home tickets, but if any supporters are unsure of a company, please ask the Ticket Office before purchasing.

Supporters found to be selling tickets on without the permission of the Club will be subject to stadium bans.

The Club understands that for evening games especially, there may be less opportunity for juniors to attend. It was advised that the Club have previously offered Season Ticket Holders offers to upgrade their ticket for evening matches that have been moved for television and are happy to continue these offers this season.

It was confirmed the OSB would be consulted with during the process on ticket pricing for the 2020/21 season. It was asked that the Club gave as much notice as possible to supporters, to allow them to plan personal finances, and suggested early-bird renewal prices, or multi-year offers.

It was confirmed there would be an enhanced dedicated family area in London Stadium before the end of the season, in block 221. The operational requirements around this are still under consideration, and supporters who are eligible to sit in this area will be contacted very shortly. Adults will not be allowed to sit in this block without children and will be offered the opportunity to move should they attend games without juniors.

A question was asked regarding concession pricing for under 18s as students are now in education until they turn 18. The Club agreed to review the feasibility of this. An update will be provided in due course.

Club Cash is accrued by supporters selling their seats on the Ticket Exchange, and the current process has the cash lasting for a season, expiring on May 31st. The majority of supporters use their Club Cash towards the cost of renewal for their Season Tickets, but it can also be used to purchase merchandise from the online store.

It was raised  that there have been issues with supporters forgetting to use their Club Cash, or not being able to access it online, and asked if the deadline for Club Cash could be changed to give supporters more time for use.

The Club confirmed that a review would be undertaken of the user process for Club Cash, and that the deadline for use would be part of this.

Supporters asked for clarity on the Season Ticket Waiting List. Context was given, confirming it was created for the move to London Stadium, and due to the demand for Season Tickets seemed a natural way to continue as we head into the fourth season here.

The Club believes it is the fairest way to allocate Season Tickets, where supporters are offered availability based on the date they joined the list. The Club confirmed it is currently going through the process of removing supporters from the list who have confirmed they are no longer interested in purchasing a Season Ticket, in order to be fairer to those below them.

It was also confirmed that the Club is currently undertaking a review of  the Season Ticket Waiting List product with a likely move to a season by season list, whereby supporters would have to opt in each year in order to remain on the list, ensuring it is more current and relevant.

The Club is also looking at ways to keep supporters up to date on when to expect to be offered a Season Ticket.