Declan Rice named in FIFA 19 Team of the Season 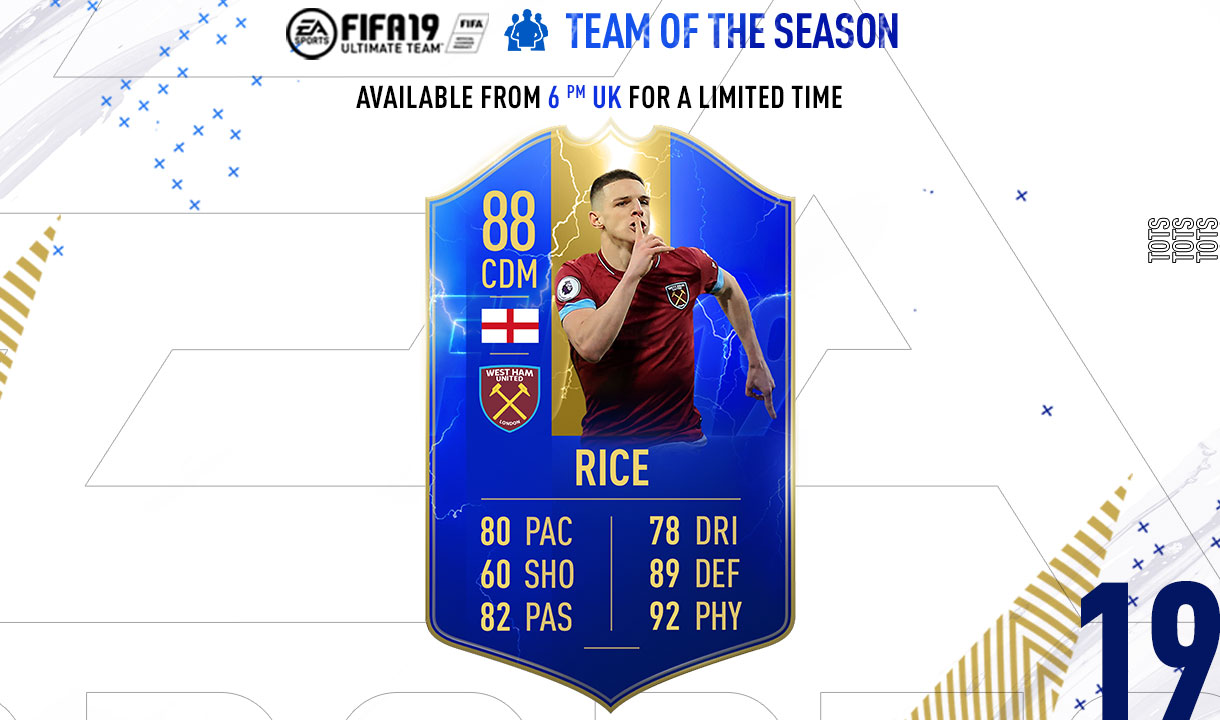 The accolades keep on coming for West Ham United’s Declan Rice, after the midfielder was named in EA Sports’ Premier League Team of the Season.

The 20-year-old enjoyed an outstanding campaign in Claret & Blue, winning the Young Player of the Year award for a third year in a row and finishing as runner-up to Hammer of the Year Lukasz Fabianski.

Appearing in 33 top flight games and scoring his first two goals for the Club, Rice’s form has earned many plaudits.

He was one of eight West Ham players to earn a FIFA 19 Team of the Week card over the course of the season and now takes his place among the game’s elite selection of the league’s star performers.

Rice’s Team of the Season card is available via Weekly Objectives in the game and sees his base rating of 69 get a boost to 88.

Step up your game with Jamboo’s LIVE FIFA Clinic!