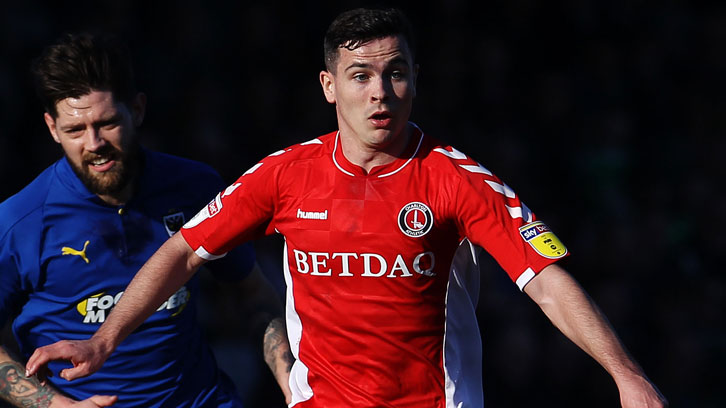 Josh Cullen was in influential form once again as Charlton Athletic won 2-1 at Doncaster Rovers in their EFL League One Play-Off semi-final first leg on Sunday.

The on-loan West Ham United midfielder was everywhere at the Keepmoat Stadium, setting up Lyle Taylor’s opening goal before making a vital goalline clearance to deny Doncaster’s Andy Butler after the Addicks had taken a two-goal lead.

The Republic of Ireland U21 international also went close to scoring himself in the second half, but his header was pushed around the post by Rovers goalkeeper Marko Marosi.

Cullen was also inadvertently involved in Doncaster’s goal, scored four minutes from full-time, when Mallik Wilks’ cross deflected off him and looped into the six-yard box, where Matty Blair rose to head home.

Despite that late setback, Lee Bowyer’s side will hope to secure their place in the final when they welcome Doncaster to The Valley for the second leg on Friday evening.

Martin Samuelsen was a second-half substitute for Haugesund in their 1-1 Eliteserien draw with Bodo/Glimt in Norway on Sunday. Prior to the winger’s introduction, Haugesund had fallen behind to Jens Petter Hauge’s penalty before Alexander Stolas equalised.

In Sweden, Sead Haksabanovic’s IFK Norrkoping will host IFK Gothenburg in the Allsvenskan on Monday evening.

Reece Oxford was an unused substitute as Augsburg were beaten 4-3 at home by Hertha Berlin in the German Bundesliga, as was Toni Martinez for Lugo in their goalless Spanish Segunda Division draw at Sporting Gijon.