Arnautovic's at the double as Hammers hit three past Southampton 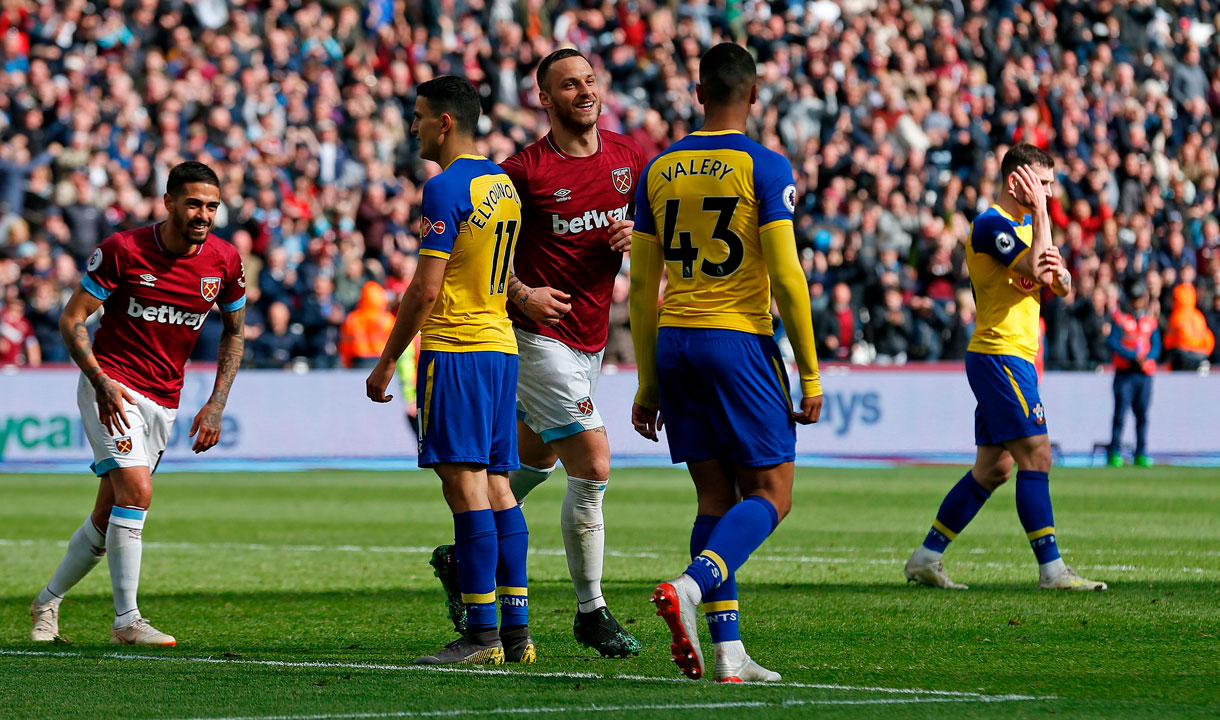 West Ham United signed off at London Stadium for the season in style, beating Southampton with a dominant display on Saturday.

Marko Arnautovic scored his first goals since January with a double either side of the break - taking his tally for the campaign to ten in the process - before Ryan Fredericks’ first-ever Premier League goal made it 3-0.

The victory took Manuel Pellegrini’s men to within a point of the top half of the table, ahead of next weekend’s season finale at Watford.

With both Declan Rice and Felipe Anderson suffering from a virus, and Robert Snodgrass suspended, Manuel Pellegrini was forced into making three changes to the side which defeated Tottenham Hotspur a week ago.

Manuel Lanzini, Pedro Obiang and Grady Diangana were the men to come in, and they slotted in seamlessly as the Hammers started with intent.

They were rewarded as early as the 16th minute when Mark Noble pounced on Yan Valery’s error to thread a pass through to Arnautovic. The Austrian took a touch and slotted under Fraser Forster to make it 1-0.

Six minutes later, Manuel Lanzini drew a save from Forster as the Hammers kept their foot on the gas.

Michail Antonio was looking to score for a third straight game and his low shot on 30 minutes needed a save from Forster.

At the other end Lukasz Fabianski had been untroubled, but Southampton upped it at the start of the second period, helped by the introduction of Nathan Redmond.

Antonio made an important block from the winger on 51 minutes, before he made Fabianski tip his shot over the bar after a corner travelled through the box to him.

That was the cue for West Ham to put the game to bed with two goals in three minutes.

Arnautovic got his second of the game with 69 minutes on the clock, reacting fastest to nod home after Forster could only touch Michail Antonio’s cross onto the Austrian.

Then, moments later, Fredericks combined nicely with Jack Wilshere to burst into the box and drill into the bottom left hand corner.

Arnautovic was inches away from completing his hat-trick with four minutes to go, but it was not to matter as the Hammers had already done more than enough to secure the points.