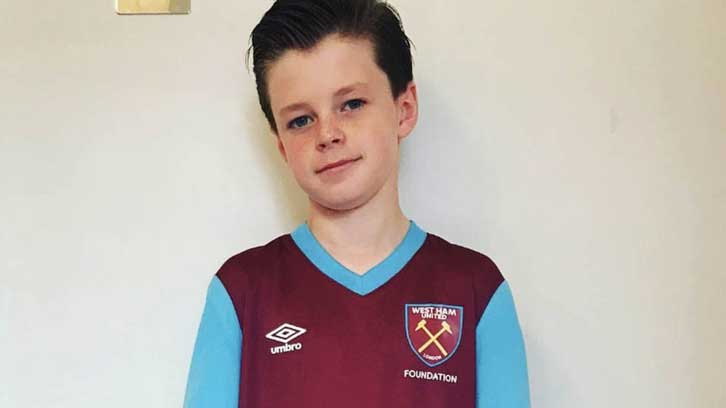 To celebrate National School Sports week, we have been speaking with aspiring Hammers about the impact programmes at the Foundation have had on them and their future aspirations.

What problem did you want to overcome by joining the Performance Academy?

I believed that I could play football at a higher level, but I wasn’t getting the opportunity. I wanted to play with higher quality players as well as playing for a West Ham United team. I was getting frustrated at my current club and wanted to improve myself as a player.

What does the programme involve?

There are trials to get onto the programme which I was lucky enough to get through to the end of and be offered a place in the Performance Academy. The programme involves two training sessions a week plus a lot of games over a season.

What did you enjoy most about the programme?

I enjoyed feeling that I was good enough to make the squad, I was very proud. The coaching and training have also been really enjoyable, and it has made me a better player. I found learning which position suits me best quite challenging, but I think it is important to learn. I have also enjoyed making some new friends that are also great football players.

I have also really enjoyed playing for both Coach Luke and Coach Sam over the past two seasons.

What piece of advice would you give to others in a similar position?

Listen and learn during your training and always try to do everything the coaches ask of you. But most importantly you must enjoy it.

What are your aspirations for the future?

I definitely want to carry on and play football in the future. I want to develop my skills to play with a local team, or ultimately West Ham United.