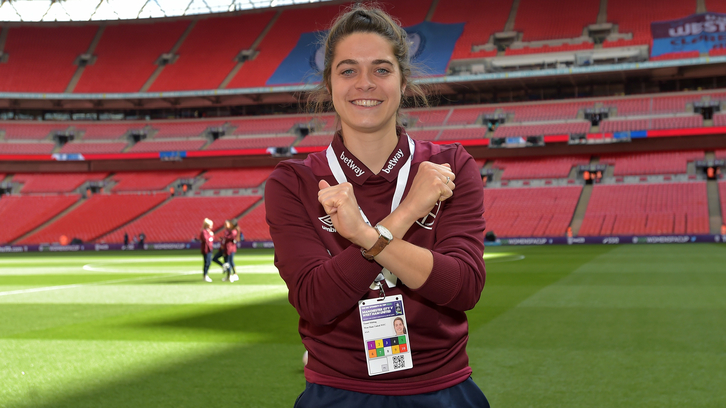 West Ham United is delighted to announce that Tessel Middag has agreed a new contract with the Club.

The Netherlands international is yet to feature for the Irons after a difficult first campaign with the side. Middag sustained a serious injury last summer on international duty which ruled her out for the season.

With the 26-year-old working hard on the pitch and in the gym before the end of the season and continuing her efforts over the summer, Middag is confident she can pull on the Claret and Blue for the first time in the near future.

I’m so excited to get going in pre-season and have the opportunity to show what I can do for West Ham.

“I’m very happy to have committed my future to West Ham United,” Middag told whufc.com. “Although my first season with the side has been tricky, I’ve been taken in by the incredible atmosphere here and all of my teammates have been fantastic as well.

“I’m so excited to get going in pre-season and have the opportunity to show what I can do for West Ham. We have a really good team here and I can’t wait to play in it!”

Support our women in Claret and Blue with a 2019/20 Season Ticket - available here!

Head coach Matt Beard is looking forward to calling on Middag in the 2019/20 campaign and believes West Ham supporters are in for a treat when the midfielder takes to the field at Rush Green Stadium.

“We know the quality and ability Tessel has and it’s just a shame our fans weren’t able to see it this season,” Beard said. “However, I’m very happy that she has signed a new contract with West Ham and now we can focus on getting Tessel fully fit and ready for the new campaign.

“Tessel is an absolutely fantastic midfielder who can improve any team and I know she’s eager to pull on the West Ham shirt for the first time in a match. It’s something we’re all looking forward to seeing.” 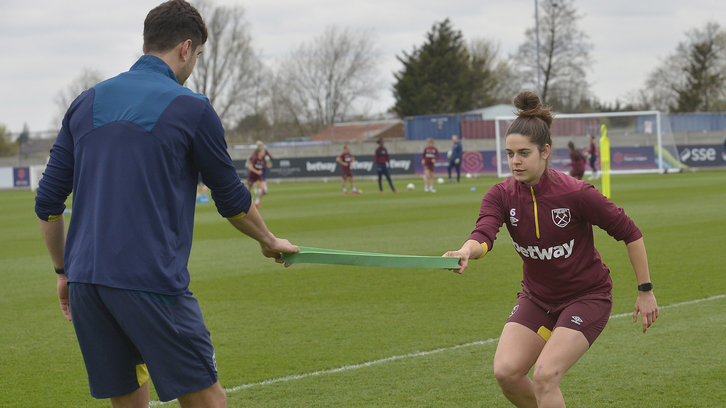 A WSL and FA Cup winner with Manchester City, Middag also won the Eredivisie and KNVB Women’s Cup with ADO Den Haag in 2012 and has claimed 44 caps for her national side.

Middag is now targeting further success with the Hammers after watching her teammates in the FA Cup Final from the dugout at Wembley Stadium in May.

Middag continued: “It’s amazing how well the team performed last season. No one would have expected West Ham to reach the FA Cup Final in our first season, but the side did it and enjoyed a really good year for our first as a professional team.

“We just want to do even more now, get even better, and I’m looking forward to being a part of it.”