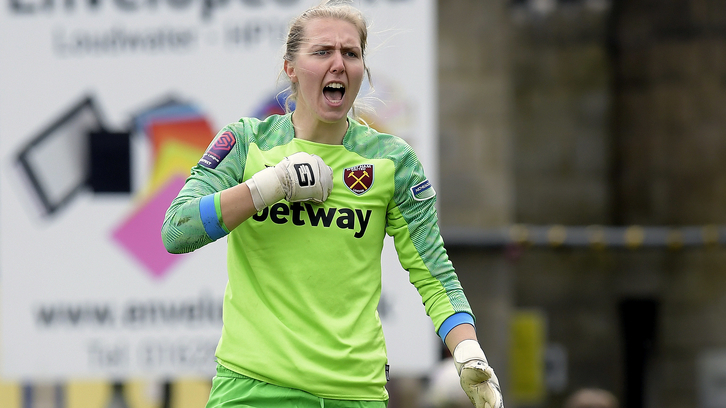 West Ham United is delighted to announce that Anna Moorhouse has penned a new contract with the Club.

The women’s shot-stopper has extended terms for the 2019/20 campaign after establishing herself as the Hammers’ first-choice between the sticks in the side’s first season in the FA Women’s Super League.

Support our women in Claret and Blue with a 2019/20 Season Ticket - available here!

“I’m delighted to have signed my new deal with West Ham,” Moorhouse told whufc.com. “Although I’ve only been here for 12 months, I already feel like I’ve accomplished so much with this team and I’m looking forward to an even more important season to come.

“I’ve really enjoyed my time with West Ham so far. It’s been a great journey and I can’t wait for what the 2019/20 season has in store.”

I already feel like I’ve accomplished so much with this team and I’m looking forward to an even more important season to come.

Moorhouse’s efforts for the Irons saw the 24-year-old called into the England U23s for the Nordic Tournament last year, and the No13 also made 16 appearances in all competitions in her first season with West Ham.

Moorhouse’s fantastic season culminated in the shot-stopper returning to Wembley Stadium for a second consecutive season, featuring for the Irons in the FA Cup Final against Manchester City.

Head coach Matt Beard is thrilled to have secured Moorhouse to a new deal and has backed the goalkeeper to continue improving in the new season. 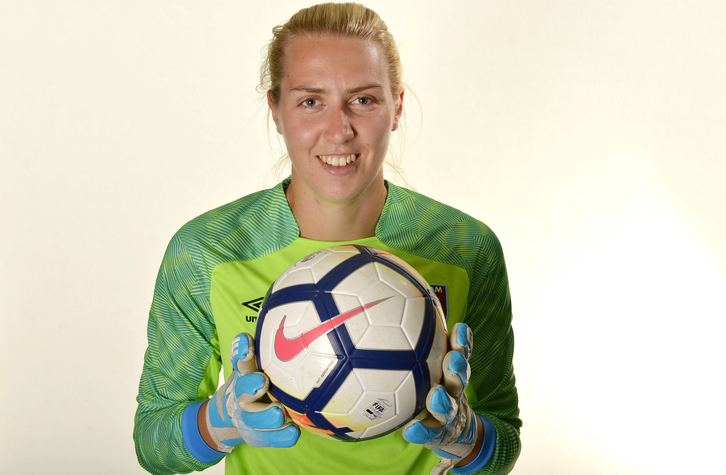 Beard said: “Anna has proven herself as an excellent goalkeeper and I’m delighted that she has agreed a new contract with the side.

“Anna showed us last year that she is willing to work hard and put in the graft to get into the side and I’m looking forward to seeing even more from her in the new campaign.”

With a full season as a Hammer under her belt, Moorhouse cannot wait to return to playing at Rush Green Stadium in front of the West Ham supporters in the new campaign.

“The fans have been brilliant with us and have been with us every step of the way,” Moorhouse added. “They are a part of this journey as much as any of us and I’m really looking forward to getting back on the pitch, in front of them, in the new season.”