Pellegrini: Pablo Fornals is a young, hungry and talented player 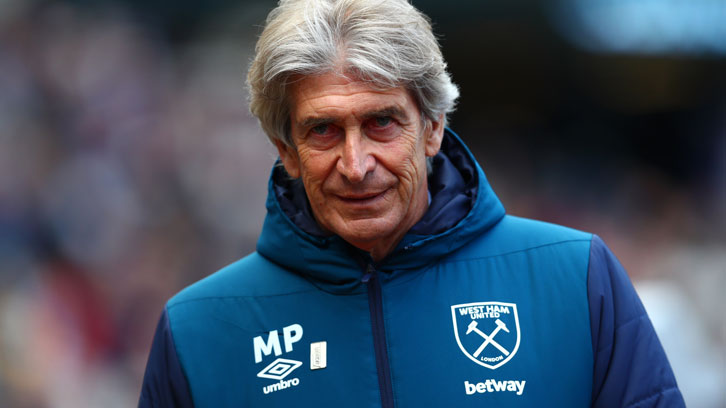 Manuel Pellegrini has expressed his delight at securing the services a ‘young, hungry and talented’ player in new signing Pablo Fornals.

The West Ham United manager and director of football Mario Husillos identified the Spain playmaker as a potential transfer target last season and moved quickly to bring Fornals to London Stadium this summer.

Fornals, who joins the Irons from La Liga club Villarreal, will link up with his new teammates after appearing for Spain at this summer's UEFA European U21 Championship finals, will add creativity, flair and much more to a multi-talented Hammers midfield.

And Pellegrini says the 23-year-old, who becomes the second most-expensive signing in West Ham history, will get better and better in a Claret and Blue shirt.

Pablo is a young, hungry and talented player who has already proven his ability at the highest level in Spain, and we believe he will bring a different dimension and a strong mentality to the team

“I am very pleased that we have signed Pablo and look forward to welcoming him to the Club when he returns from international duty next month,” said the manager. “He was a key target we identified some time ago and it is a big positive that we have managed to complete the deal early in the transfer window. I would like to thank the Board for their support and work in completing the transfer.

“Pablo is a young, hungry and talented player who has already proven his ability at the highest level in Spain, and we believe he will bring a different dimension and a strong mentality to the team. He has made a big impact in his time with Villarreal and we look forward to seeing him continue his progress here.

“His signing means that we now have very good midfield options in the squad. With players coming back from injury and ready to begin pre-season training with the rest of the squad, we have a very good balance and mix of styles.

“We wish Pablo good luck with Spain in the European Under-21 Championship finals, and I am sure our supporters will give him a very warm welcome when he begins what we hope will be a long and successful career at West Ham United.”