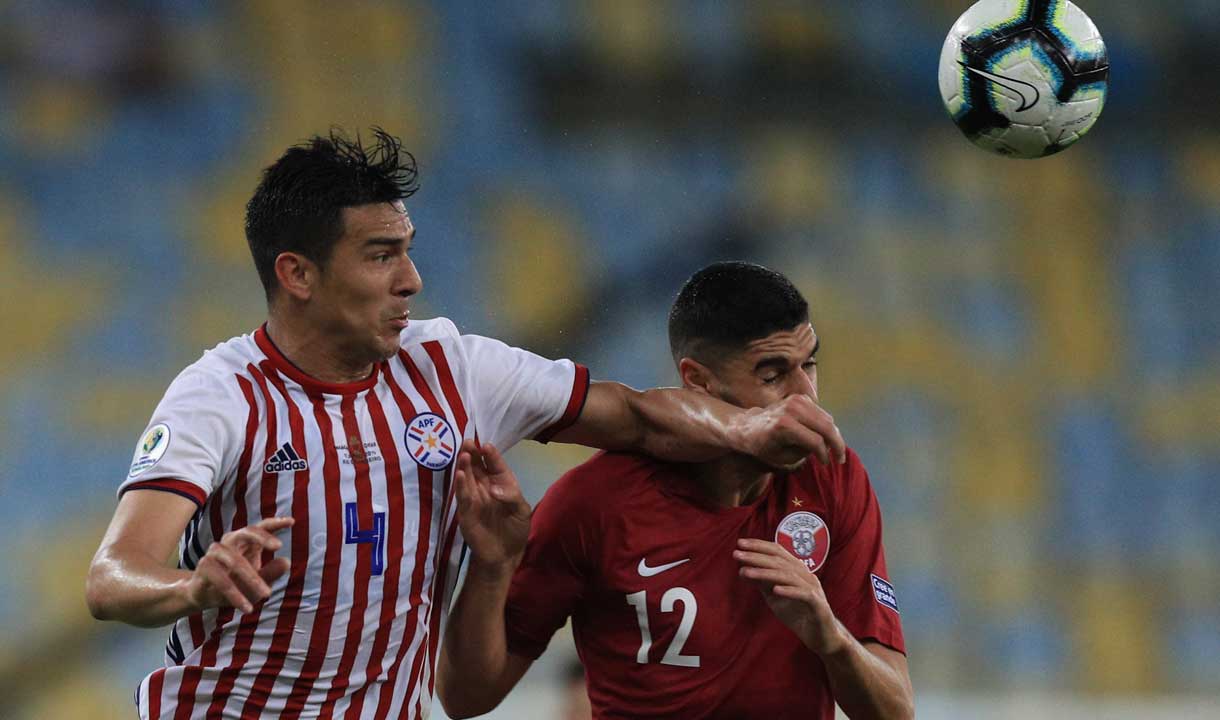 Fabian Balbuena's Paraguay began their Copa America campaign with a Group B draw against Qatar on Sunday night.

Paraguay looked set for a tournament-opening victory when goals from Oscar Cardozo and Denis Gonzalez put them 2-0 up in the second period.

However, Qatar came fighting back, with Almoez Ali's 68th minute goal and Boualem Khoukhi's equaliser nine minutes later giving them a share of the spoils.

Balbuena played the 90 minutes to earn his tenth cap for his country, and Paraguay return to action on Wednesday when they take on Argentina in their second group B fixture.

It promises to be a crunch clash after Argentina were beaten 2-0 by Colombia in their first game.

Elsewhere Pablo Fornals came off the bench but was unable to prevent Spain U21 from falling to a 3-1 defeat to hosts Italy in their UEFA U21 Championship opener.

Spain took an early lead through Dani Ceballos only for Federico Chiesa's double to turn the game on its head. Lorenzo Pellegrini's late penalty secured the points for the Azzurri.

Fornals will hope for more when Spain take on Belgium on Wednesday, looking to get the campaign back on track.