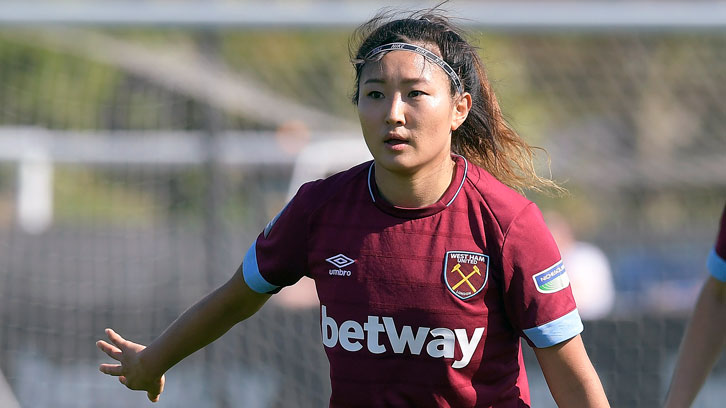 The West Ham United midfielder will skipper the Taegeuk Ladies at the Parc des Princes, where they will seek to upset the tournament hosts and favourites.

South Korea’s most-capped player has long been a hero for her country, captaining them at the 2015 World Cup in Canada, where they reached the knockout stages for the first time, and to third place at the 2018 Asian Games.

An inspirational leader and scorer of vital goals, including the penalty which took the Hammers to this season’s Women’s FA Cup final, Cho is relishing the challenge of taking on France in a match that will be played in front of a capacity 47,000 crowd and worldwide television audience of millions.

I used to have trouble against bigger and stronger players, but I've learned how to handle them better in England

“It's always difficult for South Korea to schedule [friendly] matches against power houses, and I am happy to be playing such a strong team at this big tournament,” Cho said. “I was a nervous wreck at my first World Cup [in 2015], but now I am excited and ready to go. Hopefully, we'll show our competitive edge in this match and inspire young players.”

Cho, who has 121 caps, believes her experience of playing in the competitive FA Women’s Super League since joining West Ham in January will stand her in good stead against the talented French.

“I used to have trouble against bigger and stronger players, but I've learned how to handle them better in England,” she said. “I should be able to build on that experience here.”

West Ham fans will be able to see Cho put her words into action, as Friday’s tie will be broadcast live in the UK on BBC One.