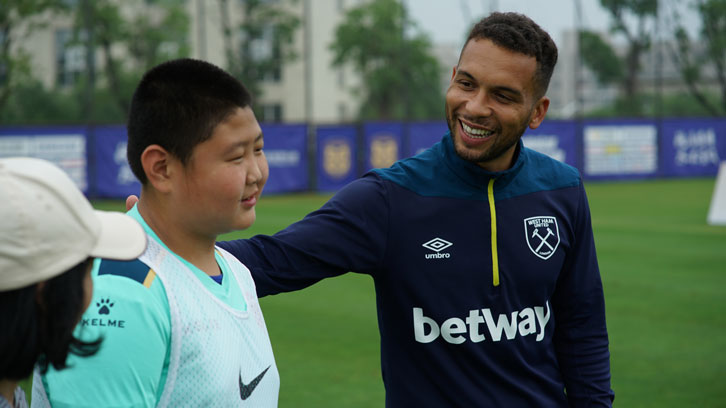 Academy of Football coach Lauris Coggin has been spreading the West Ham way in China ahead of the Hammers’ appearance at this summer’s Premier League Asia Trophy.

The Irons will be one of four English clubs to head to the Far East in July, where they will take on Premier League champions Manchester City in Nanjing before tackling either Newcastle United or Wolverhampton Wanderers in Shanghai.

By way of preparation, and as part of the Premier League’s ongoing relationship with the Chinese Super League (CSL), Coggin and coaches from the three other competing clubs delivered a training event to 32 youth coaches.
The event, which was held at the Jiangsu Suning Academy in Nanjing, provided the CSL coaches with an insight into how the elite-level environment is created within Premier League Academies.

This weekend, the coaches moved on to Shanghai for a two-day training event with 30 local PE teachers as part of the Premier League and British Council’s hugely successful Premier Skills programme, offering further insight into Premier League Academies and show how football can be used as a tool to develop a brighter future for young people. 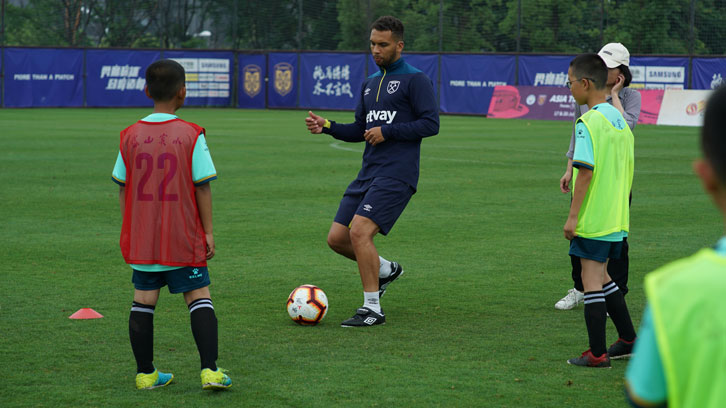 Jazreel Goh, Director of Education and Sport at the British Council in China, said: “Since 2009, when it first launched in China, Premier Skills has achieved huge impact, with training held across 24 Chinese cities.

“By 2020, we aim to train 5,000 coaches and referees in China, benefitting an estimated 5 million children and young people.

“Through this long-term commitment, we hope that Premier Skills will make a lasting contribution to growing grassroots football in China.”

Coggin, who works with the Hammers' U13s, was joined in China by West Ham mascot Bubbles the Bear, who visited Nanjing Beijing East Beijing Road Primary School ahead of International Children’s Day, followed by a painted boat cruise on Qinhuai River and a visit to Confucius Temple, where fans were able to take photos and selfies with both Bubbles and the Premier League Asia Trophy. 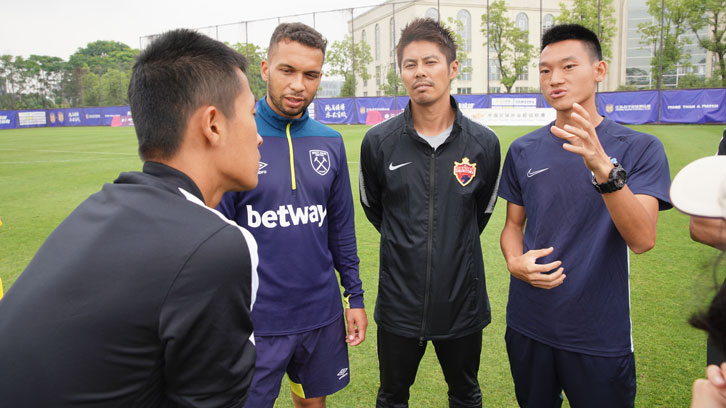 West Ham will travel to China for the second time in their history, having previously participated in the 2009 Barclays Asia Trophy, when they faced Wolves and Beijing Gouan in Shanghai.

Hammers manager Pellegrini will also return to the country where he managed Hebei China Fortune between 2016 and 2018 and is looking forward to the experience.

Ticket details for that game, plus the final and third-place play-off at Shanghai’s Hongkou Stadium on Saturday 20 July, can be found here.