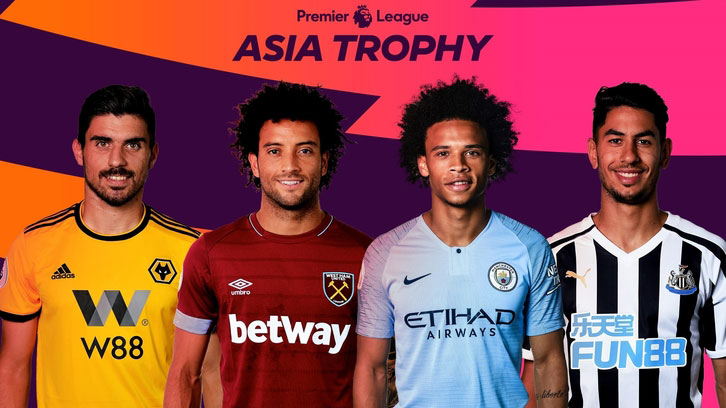 Prices for the Hammers’ semi-final with Premier League champions Manchester City in Nanjing start from 88 Chinese yuan (RMB) – the equivalent of just £10*, while tickets for the third/fourth-place play-off and final start from 288 RMB (£32).

Supporters who wish to guarantee they will sit among fellow West Ham fans can do so by purchasing from the Club's allocation of 500 Category B tickets for each match here, priced at £43 for the semi-finals and £70 for the third/fourth-place play-off and final. This allocation is on sale to Bondholders, Season Ticket Holders and Claret Members from 10am on Tuesday 14 May.

The semi-finals will be played on Wednesday 17 July at Nanjing Olympic Sports Center, with the third/fourth-place play-off and final taking place at Shanghai Hongkou Football Stadium on Saturday 20 July, marking the first time the tournament will be played in two different locations.

Each daily ticket provides access to both matches on that day, with prices starting from just 88 RMB (£10) for the semi-final fixtures in Nanjing and tickets for both the third/fourth place play-off and final in Shanghai starting from 288RMB (£32).

“We are delighted to be bringing this year’s tournament to both Nanjing and Shanghai, and to be able to offer fans in China the chance to watch a host of world-class talent in action at truly affordable prices.

Click here to purchase from West Ham United's official allocation of 500 Category B tickets for each match from 10am on Tuesday 14 May.

To order tickets for the third/fourth place play-off and final, click here.