Zabaleta: Our goal is to finish in the top seven 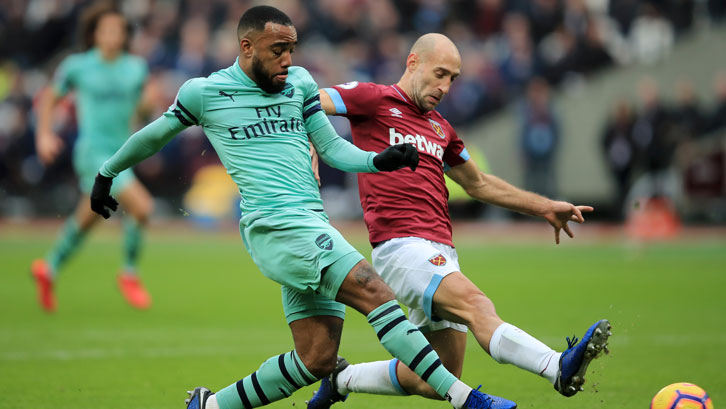 The right-back was at his resilient, determined best as the Hammers produced an ‘almost perfect’ performance to blank the Gunners and win through Declan Rice’s memorable maiden goal in Claret and Blue.

While Zabaleta, as always, was not getting carried away in his post-match interviews, the No5 says the Irons have the belief and the quality to be the Premier League’s best of the rest this season.

There are a few other teams that fight for seventh to qualify for the Europa League. I believe that West Ham’s goal is that one now

“Every time you play against a top team like Arsenal you know that you need to play an almost perfect match to win,” he said. “I believe that the team played very well, maybe better in the first half when we had two or three clear chances, and then in the second half when we scored we did a very good tactical job, we knew how to keep the advantage.

“Against Arsenal is very important to keep a clean sheet taking into account the quality that they have in attack, so it was a very good match and three very important points.” 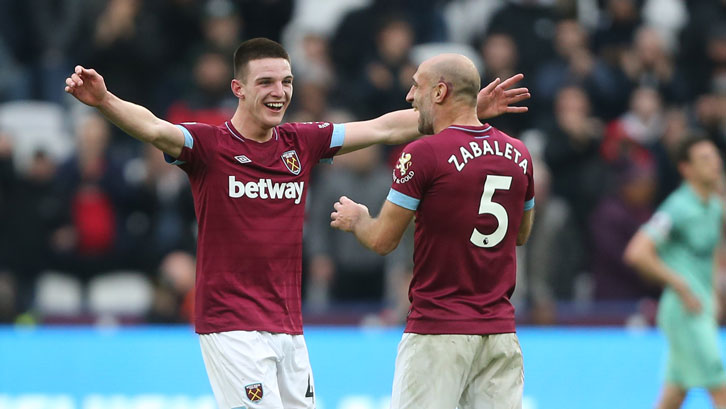 Looking at the bigger picture, Zabaleta says West Ham might not have the consistency to challenge the top six over the course of the whole season just yet, but he believes the club is putting together the ingredients to get closer to them in the not too distant future.

“Also, we are playing in this new stadium where we always play in front of 60,000 fans, but we need to be a bit realistic and understand that in this league there are six teams that dominate, that are always in the top and then a few other teams that fight for seventh to qualify for the Europa League.

“I believe that West Ham’s goal is that one now. I think we need to find the consistency to be in the top ten and, seeing the club’s potential, it’s a good moment for us.”