Noble: We need to work hard to get back to winning ways 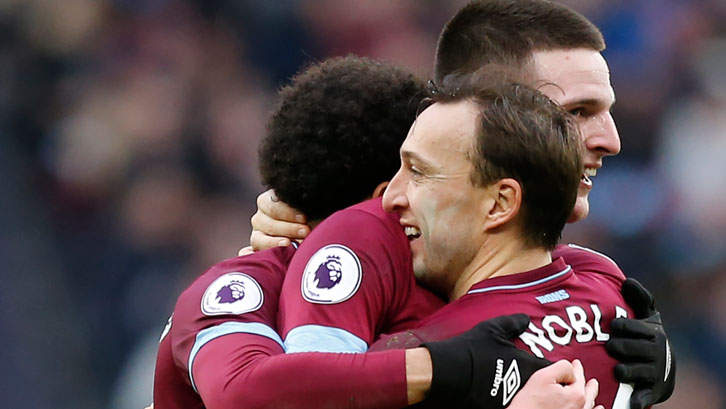 Mark Noble says West Ham United simply must work harder if they are to arrest their recent slide.

Since beating Arsenal in the Premier League on 12 January, the Hammers have lost their last three games in all competitions, slipping down to 12th in the table and being knocked out of the Emirates FA Cup by EFL League One side AFC Wimbledon.

Next on the fixture list is the visit of Premier League leaders Liverpool to London Stadium on Monday evening – and captain Noble knows nothing but 100 per cent effort will suffice if the Irons are to slow the Reds’ title charge.

“We know that, on Monday night, we are going to have to match Liverpool in work rate if we are to have a chance of getting any kind of result,” said the No16. “That’s the bare minimum.

“I do feel though, that we have made a lot of progress since that first game of the season at Anfield where we lost 4-0. They are a fantastic team. With the energy and ability they have, particularly the front three, you can see why they are doing so well.

“Recently we’re getting beaten by teams who are simply working harder than us – and that can’t go on.”

With 455 appearances in Claret and Blue under his belt, the ups and downs of football are nothing new to Noble.

Recent results, injuries and the distraction of the January transfer window have all undoubtedly had a negative effect, but the skipper says the Hammers cannot afford to dwell on the past and instead need to focus 100 per cent on the job in hand – namely beating Liverpool.

“As club captain, I try and lead by example, in training and in games, and I’ll certainly try to do so again on Monday evening,” he confirmed. “But we will need a total team effort to get a positive result and it’s no secret that we’re a bit stretched numbers-wise at the moment.

“If you look at the last six weeks, we’ve played a lot of games and that has had a cumulative effect. Issa Diop, for one, has played every game since he made his debut at Arsenal back in August and could probably do with a rest but at the moment, we haven’t any alternatives.

“Let’s not be too down, though. We’re still in a reasonable position and the Premier League is so unpredictable. We’ve beaten big teams here already this season, so let’s work together and try to do it again on Monday.”

*Monday’s Premier League fixture with Liverpool is sold out, but seats are still available now here via the Ticket Exchange.