Antonio: We're close to turning our form around

Michail Antonio is determined to put his injury absence behind him and help push West Ham United up the Premier League table.

The Hammers forward returned to the line-up with a bang a week ago, playing an integral role in the 1-0 success at Chelsea, but had to sit out at Wolverhampton Wanderers in midweek as he managed his comeback from a hamstring tear.

Now, with Arsenal visiting London Stadium on Monday, Antonio is keen to pick up from where he left off in another mouthwatering derby duel.

Antonio is well aware of his team's need to turn their form around and says victory over the Gunners would be a perfect pre-Christmas tonic.

Buy your tickets for Arsenal on the Ticket Exchange here

"I played 75 minutes last Saturday, which was the most I played all season, including pre-season, so coming back from three months out injured it was just a bit too much for my body [to play again at Wolves]," he explained.

"I felt a little tweak in my groin, but it's feeling good now and hopefully I'll be ready for Monday.

"Injuries are part and parcel of the game, but I've always played a good chunk of the games every year.

"I've always been good with dealing with it, so I take it and make sure I come back fitter and stronger."

West Ham head into Monday's game knowing a couple of back-to-back victories would lift them back into the mix around the middle of the Premier League table, and Antonio is sure their fortunes will soon shift.

"I think we're close to turning it around," he added. "I could see lots of potential in our performance at Wolves. We were creating, moving and getting balls into the box, but it just didn't happen for us. We have to be better on our set plays because we've conceded too many goals from them, but other than that I can see lots of positives.

"I feel we're playing better than we were before Tottenham, but we've got to be more consistent with it.

"The only three teams that are really performing are Liverpool, Leicester and Man City.

"Everyone else is getting beaten, and it means we've had a missed opportunity so far this season. We started the season off brightly, the best start we've had for four years, but then we've had a slump. Everyone's having a slump and this is our slump. Now it's time for us to start turning up.

"We've been in this situation before and we know how to dig in and pull ourselves up again." 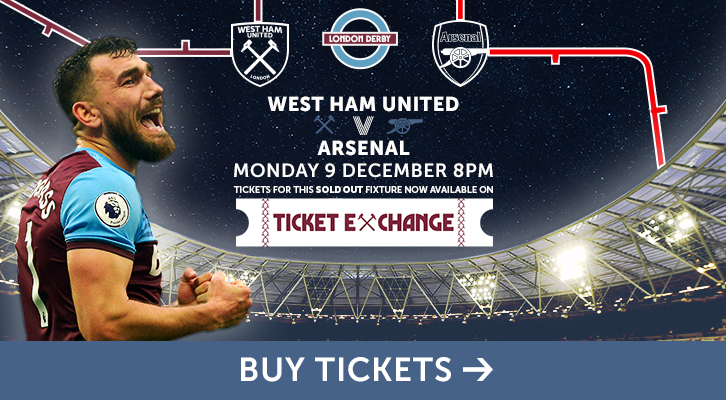