Nathan Holland: I just want to keep kicking on

The winger has been in superb form for the Hammers’ U23 side this season, registering nine goals and six assists in just eleven Premier League 2 appearances and, with Michail Antonio not risked at Molineux, he was drafted into the senior squad by Manuel Pellegrini. And with his team trailing midway through the second half, the manager sent on the 21-year-old as a replacement for captain Mark Noble.

The young attacker showed glimpses of his quality in what was ultimately a losing cause, taking on the Wolves defence and delivering a couple of dangerous-looking crosses, and he relished the experience of performing in front of a 30,000-plus crowd at the highest level of English football.

This season has been a massive step forward on and off the pitch. I’ve just kept working hard and I’m seeing the rewards

“To come on at 1-0 down, you just try and make an impact and I tried get about them, but obviously they got the goal towards the end,” he said, referring to Patrick Cutrone’s late clincher. “Obviously it’s a great feeling to make my Premier League debut, though.

“This season has been a massive step forward on and off the pitch. I’ve just kept working hard and I’m seeing the rewards.Tonight is another reward and I just want to keep kicking on.

“I’m happy with how I did. I just tried to be positive. The gaffer told me to be brave and go one-v-one and to get a cross in so early obviously settled the nerves. At the end of the day, it’s just a football game from there.” 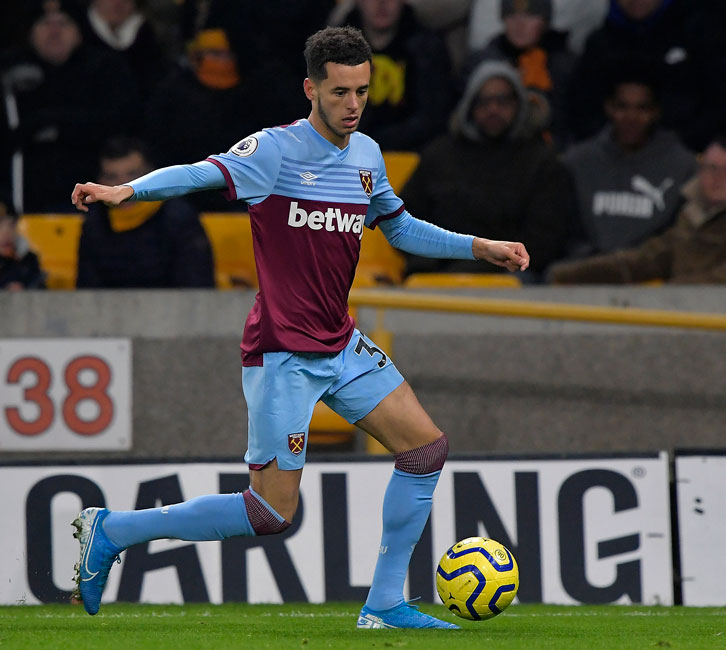 The exhilaration of making his Premier League debut was tempered by the disappointment of another defeat for the Hammers, who have now won just once in their last nine matches.

Next up is a home game with Arsenal next Monday night and Holland says there is a collective determination to return to winning ways at London Stadium. And the No37 would naturally love to be involved against the Gunners.

“The lads are obviously devastated about the result,” confirmed the attacker, who thanked his mother Julie for her influence on a landmark night in his young career. “They spoke before the game about giving their all like they did at Chelsea and to come away with no points is a shame, but I’m sure they’ll bounce back and work harder against Arsenal.

“I train with them most days and they always give me confidence and give me licence to do what I do best, so I’ve just got to try to kind of listen to their comments and use that as an advantage to help me to what I do best.”