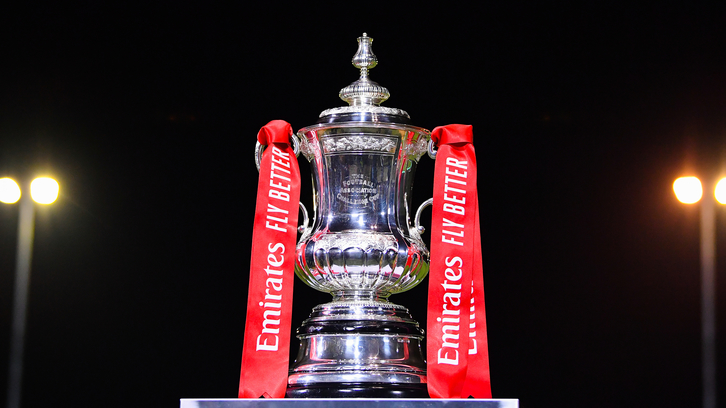 Manuel Pellegrini's Irons will travel to Priestfield Stadium to face the EFL League One Gills in a game that will be broadcast live in the UK by BT Sport.

Kick-off will be at the unusual time of 6.16pm as part of the Heads Up mental health awareness campaign. All 32 third-round ties will kick-off one minute later than their traditionally scheduled timeslots to encourage fans to ‘Take A Minute’ to think about looking after their mental health. During the minute delay, fans will be encouraged to consider the positive impact 60 seconds can have on their own wellbeing or in supporting a friend or family member.

Heads Up is partnering with Public Health England’s Every Mind Matters across the Emirates FA Cup third round to draw attention to the simple steps we can all take to look after our mental health and wellbeing. The partnership will signpost to the free, online Every Mind Matters resources and ‘Your Mind Plan’ tool, which fans can use to create a personal mental health action plan, providing them with a tailored set of simple self-care actions. In conjunction with Heads Up charity partners Mind, CALM, Heads Together and Sporting Chance, fans will also be provided helpful tips and advice on how they can approach managing their mental health.

Amazingly, the game will be the first FA Cup meeting between the two clubs since November 1900, when Albert Kaye scored twice in a 4-1 fourth qualifying round replay win at the Memorial Grounds in West Ham's first season since being reformed. At the time, Gillingham were known as New Brompton, not changing their own name until 1912, and both clubs were competing in the Southern League First Division.

The two clubs also met the previous season, 1899/00, at the same stage of the competition, with Ken McKay and Albert Carnelly getting the goals in a 2-0 win for Thames Ironworks at the Memorial Grounds.

Ticket information will be announced in due course.