Manuel Pellegrini has vowed to do everything he can to help West Ham United move to the next level in his second season in charge.

Speaking exclusively to whufc.com, the manager believes the Club took a ‘very big step’ forward during his first campaign, uniting the fans and players and helping London Stadium become an ever more difficult place for opposing teams to visit.

And now, with a full pre-season and summer transfer window almost in the book, Pellegrini has set his sights on more improvements in 2019/20.

Last season we grew a very big step, especially the relationship between the fans, the stadium and the team, and I think that is absolutely linked with the way we play

“Of course, this is my second season and I hope we are going to improve what we did last year,” he said. “I think that last season we grew a very big step, especially the relationship between the fans, the stadium and the team, and I think that is absolutely linked with the way we play.

“I hope we will have the same support from the fans. We always have 60,000 people behind our team every time we play here at London Stadium. I hope that we can have a brilliant season and they can enjoy it.” 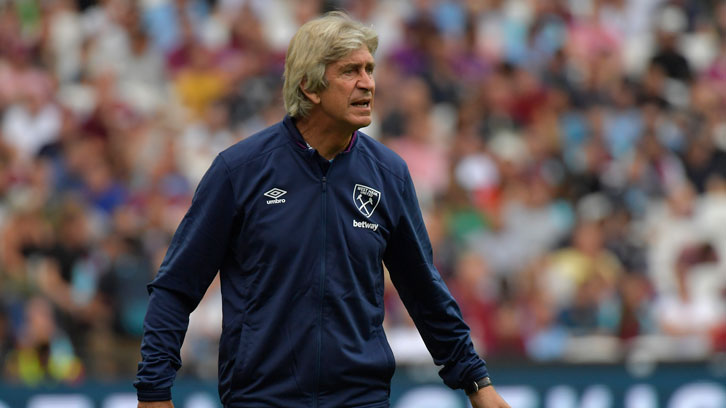 Pellegrini went on to reflect on a pre-season that has seen his team score 12 goals in six matches and create chances galore, but also concede the same number at the other end.

While he has vowed to work to tighten up the defence, the Chilean is known for his attacking, entertaining philosophy and is relishing the opportunity to work with arguably the most talented squad in the Club’s history.

“We finished the pre-season games and now we have one week more where we must see all the different details that we must improve before we play against Manchester City,” he continued. “I think that was a good pre-season with good rivals, all of them important teams, and I think we had good moments and bad moments, as is normal in this part of the season.

“For me, the most important thing is the way we are getting forward and I am sure the fans will enjoy the way we play, but we must be more concentrated and work hard in defending because football is not just attacking. I hope in the next week we will become a more aggressive team when we don’t have the ball.

“I see that we have a team that can win against any team and lose against anyone else! That’s why the Premier League is so tight. In every game you must be so concentrated and you cannot concede easy goals.

“I’m happy with the squad but after that, the target of the season we must demonstrate in every game.”

Finally, with a few days remaining until the transfer window closes on Thursday, Pellegrini did not rule out making further additions to his squad.

“We will see during the week,” he concluded. “I think that I have never seen a team which has so many players [linked to it]. Every player that has the option to change club, I think West Ham wants, but most of them are not true!

“I will analyse with [director of football] Mario Husillos and the owner [David Sullivan] and we will decide this week what we must work on.”