Summer signing Pablo Fornals will be coming up against some very familiar opponents when West Ham United take on Athletic Bilbao on Saturday, and the midfielder can already boast some special memories of playing the La Liga side.

Supporters might recall a certain goal, scored by Fornals, doing the rounds on social media last September. Then playing for Villarreal, the 23-year-old netted a spectacular 40-yard shot on the half-volley against this weekend’s opponents.

The strike was just one in a number of stand-out moments of the 2018/19 season for Fornals, and West Ham’s newest creative midfielder is just looking forward to stepping out against his old rivals and playing at London Stadium for the very first time. 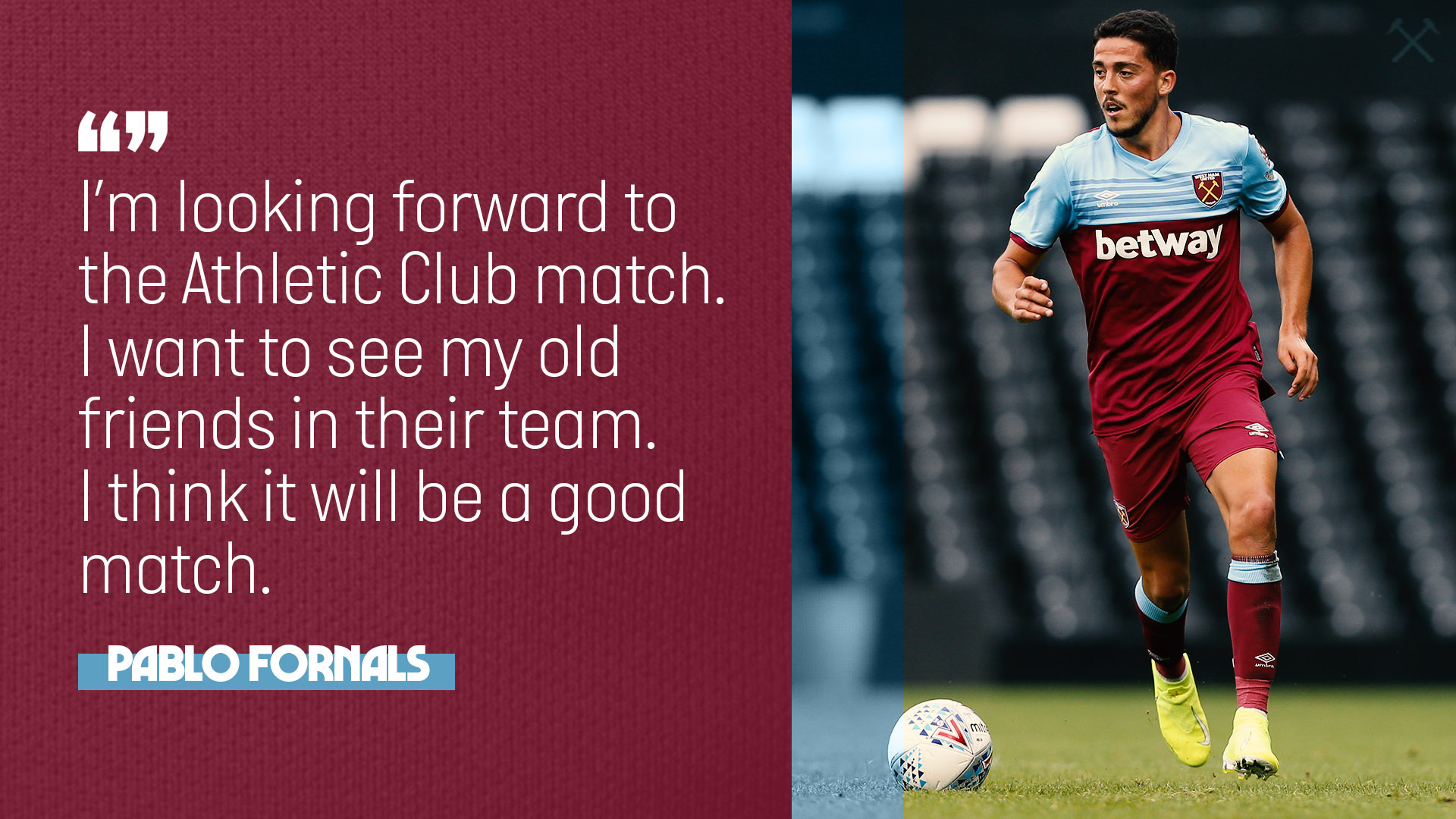 “I’m looking forward to the game,” Fornals told whufc.com. “I want to play the match and I want to see my old friends in their team. I think it will be a good match.”

Fornals heads into this Saturday’s match just days out from scoring his very first goal in Claret and Blue. The No18 opened the scoring for West Ham against Hertha Berlin on Wednesday, helping Manuel Pellegrini’s side on their way to a thrilling 5-3 victory.

Already, the closeness Fornals is forming with his new West Ham teammates can be seen. The midfielder linked superbly with Manuel Lanzini, Sebastien Haller and Felipe Anderson against Hertha, with the latter even interrupting Fornals’ interview with West Ham TV to hail the Spaniard’s ever-improving English.

Fornals is certainly enjoying life at West Ham and is anticipating a successful first campaign in east London with the Irons. 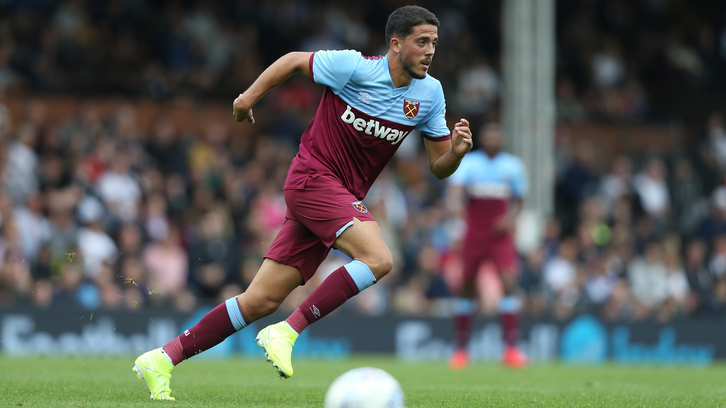 He continued: “I’m so happy to be here, first of all, and to score my first goal for the team. It was a crazy game on Wednesday but finally, we got the win, which was the important thing.

“I’m very happy here. The team is a very good one and I’m so happy to be here with my new teammates. I want the same as them in that I want to have a good season.”

Pablo Fornals is the cover-star in the first edition our all-new, 116-page official matchday magazine, which will go on sale at Saturday’s game against Athletic Club. Grab the first issue of Hammer at London Stadium for just £3.50 this weekend! 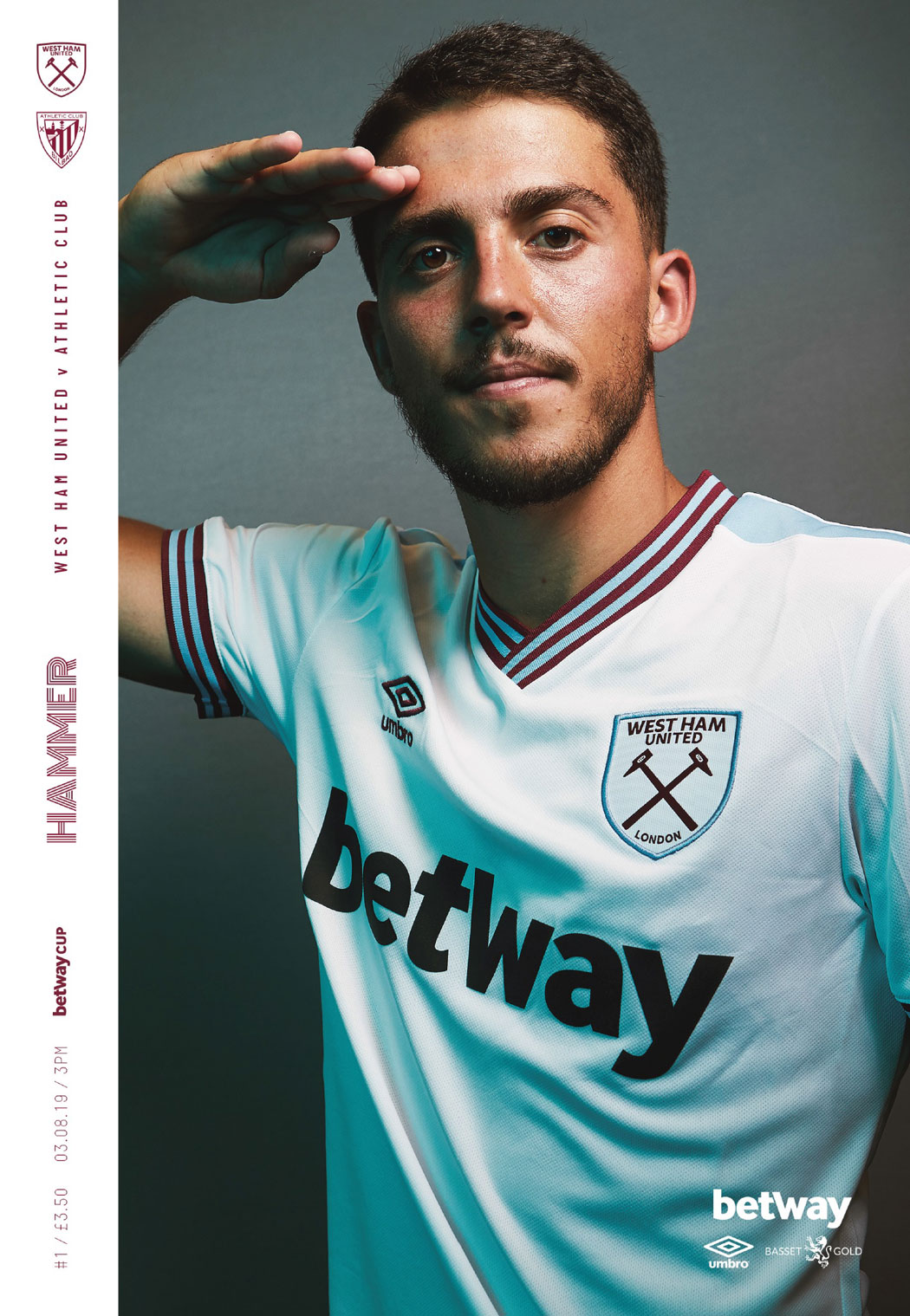