Pellegrini: We are conceding too many easy goals 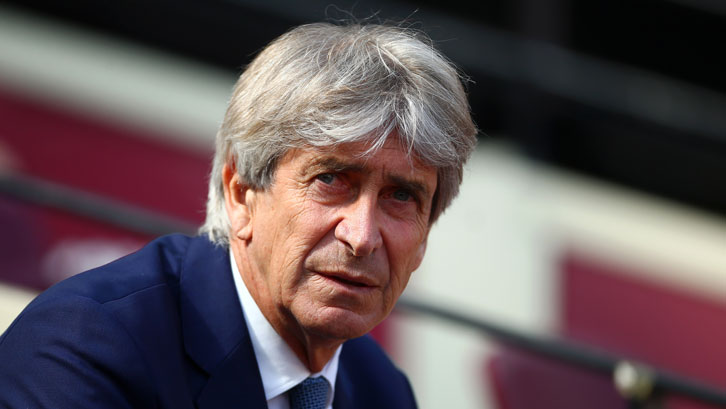 The Hammers looked on course for a first win in four matches when Lucas Perez put the hosts ahead, then latched onto Pedro Obiang’s pass and rounded Kasper Schmeichel to seemingly make it 3-1.

However, the assistant referee incorrectly raised his flag to rule out the Spaniard’s second of the game and, minutes later, Harvey Barnes added to the frustration by rolling home Leicester’s added-time equaliser.

For Pellegrini, who saw his team suffer from a succession of debatable decisions in the 2-1 defeat at Manchester United a week previously, it was tough to take.

“I think we deserved more, especially because again we scored a legal goal, which would have made it 3-1,” he observed. “With that goal, the game was finished, but the same as happened against Manchester United, the linesman’s decision meant we didn’t win this game.

“I have seen the goal and he was one metre onside. There is nothing I can do about that. Maybe next season when we have the VAR, it will be fairer and we will get the right result.”

I think we deserved more, especially because again we scored a legal goal, which would have made it 3-1

While the decision to rule out Lucas Perez’s ‘goal’ was frustrating, so was the defending which allowed both Jamie Vardy and substitute Barnes to get in behind the back four to score.

The Hammers have now conceded 26 goals in 16 games since the turn of the year – a statistic the manager is far from happy with.

“We also conceded two easy goals, including one in the last minute of the game,” he said. “In most part of the second round, we are conceding two goals in each game, which is too much.

“We used space in the wrong way in our defending. We were pressing too high with our centre-backs without any reason and they have good players and put the ball into this space.

“In general, I think the team played well, but you cannot concede so many goals. We can defend better.”

While he was displeased with his team’s defending at vital moments, Pellegrini did have positive words to say about Lucas Perez, who should have been celebrating a match-winning display off the substitutes’ bench.

“Lucas came in and did very well. He made good moments and reacted to the rebound to score the second goal, then he scored the third goal, which was ruled out.

“It’s very important, in that position, when you have chances, to score.”

Another player who appeared as a replacement was Jack Wilshere, who made his comeback after four months out with an ankle injury.

The England international will hope to feature again in the final three matches of the season, but Pellegrini is not going to risk his long-term fitness just for the sake of giving him minutes.

“We will see [how much he plays],” he confirmed. “We must be quiet with him because Jack is just coming back from a long injury. He was working well during the week, which is why I gave him the last ten minutes; not just for him, but because he is a player who can help us, but we couldn’t hang on.”