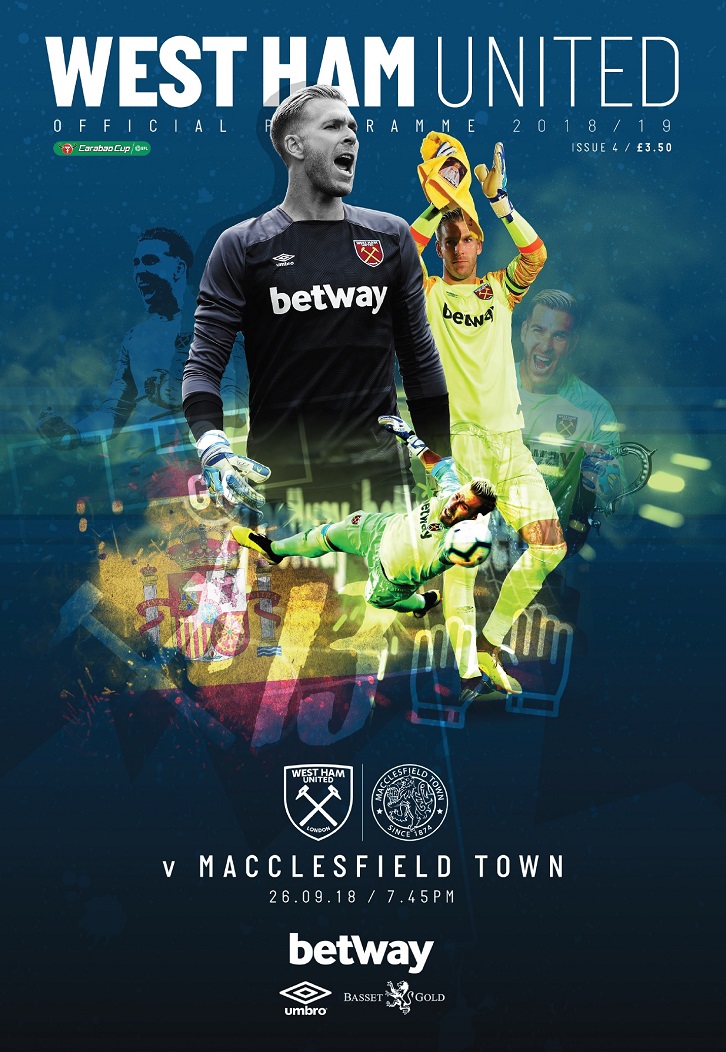 Adrian and cup football go together like Claret and Blue and pie and mash.

It is five years since the 31-year-old debuted in an EFL Cup win over Cheltenham Town at the Boleyn Ground – a victory which began a run which was only ended by Manuel Pellegrini’s Manchester City in the semi-finals.

The following season, 2014/15, Adrian etched his name into Hammers folklore by scoring the winning penalty in an unforgettable 9-8 shootout win over Everton in the FA Cup third round.

And, after featuring four times in UEFA Europa League qualifying ties in 2015 and 2016, the No13 was a star performer as West Ham came from two goals down to beat Tottenham Hotspur 3-2 at Wembley in the EFL Cup fourth round.

This season, with summer signing Lukasz Fabianski preferred in the Premier League, Adrian’s sole first-team appearance came in the Carabao Cup second-round win at AFC Wimbledon. There, Joe Pigott’s second-minute goal aside, he had next to nothing to do as the Dons were reduced to ten men midway through the first half of West Ham’s 3-1 win.

With Fabianski in excellent form, the Pole is set to keep his Premier League place for the foreseeable future, Adrian knows he needs to take every opportunity he is given to impress manager Pellegrini.

“Obviously it’s not the best of scenarios for a goalkeeper [to be the back-up] because we want to play all the games but tonight’s game is an opportunity to show that Adrian is at a good level,” he told Wednesday’s Official Programme. “I am still here and can help the team in the cup and, when I have the opportunity, I have to give my best to show the manager I’m in my top condition.

“In training, I am feeling better than ever! I’m in good shape and I’m training very well. The manager has decided to play with Lukasz in the league, but I need to keep my form in every opportunity I can and to show that I have a good level.

“We didn’t have many defending jobs to do in the last cup game, as it was mostly attacking and we went all forward after losing a goal. In attack we did well and we just had a few counter-attacks from them to deal with, so it wasn’t a very busy game for me.”

“Tonight’s game is important for me and for the club. Macclesfield are a lower rival from a lower division but they will fight to go through and they will come and play at London Stadium like it’s the last game of their lives. It’s going to be a lot of motivation for them.”

I am still here and can help the team in the cup and, when I have the opportunity, I have to give my best to show the manager I’m in my top condition