Antonio: I am determined to get back to my best form 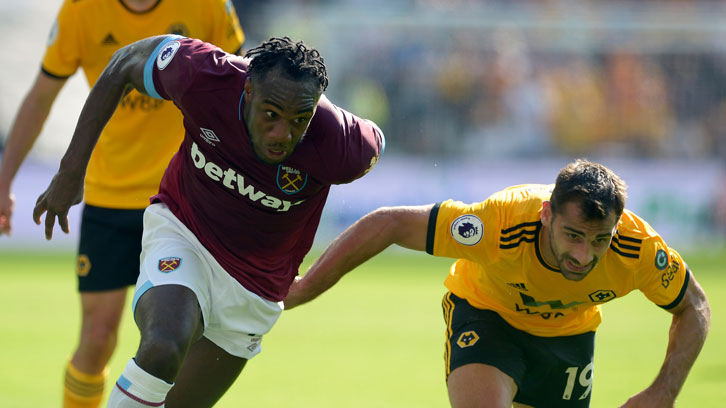 Michail Antonio believes he is on course to rediscovering the form which made him a West Ham United star during his first two seasons at the club.

Antonio’s West Ham career has fallen into two parts. After breaking into the team in December 2015, the winger enjoyed an outstanding 18 months, scoring 17 Premier League goals, including one in the historic victory over Manchester United in the final game at the Boleyn Ground and another against AFC Bournemouth in the first Premier League match at London Stadium, and earning his first call-up to the senior England squad.

However, since suffering a hamstring injury at the tail-end of the 2016/17 season, the 28-year-old admits he has not hit the same heights, with a succession of fitness issues affecting his form.

Now, though, after a full pre-season under new manager Manuel Pellegrini, Antonio is feeling fit and sharp and ready to show his best in a Claret and Blue shirt again.

“I am determined to get back to the form I showed in my first two seasons here,” he confirmed. “I think I proved myself during that time but at the end of the 2016/17 season I got injured, then I got more injuries through the whole of last season, so it’s about getting myself back and getting my fitness and going on from there.

“I’m feeling very good, to be honest. Being a full part of the pre-season this summer definitely really helped my fitness and I’m feeling ready to go.”

While he would undoubtedly have preferred to be away on international duty with England, Antonio has spent the past fortnight working hard with his Hammers teammates at Rush Green.

After losing at home to Wolverhampton Wanderers in frustrating circumstances last time out, the No31 said the hiatus from Premier League action came at a good time for the West Ham squad, allowing them time to refresh bodies and minds ahead of Sunday’s trip to unbeaten Everton.

“International breaks can sometimes be a blessing and sometimes be a curse and, right now, I’d say it’s a blessing because it’s given ourselves a chance to clear our minds after the first part of the season,” he observed.

“A few of the players have been away on international duty so we didn’t have the full squad here, but it’s given us an opportunity to do some good work and get ready to make a fresh start.

“We’ve been working on shape and tactical stuff and tying things down. We’ve obviously signed nine new players and it takes time to gel as you can see in the games, where we’re passing balls where we think people should be and getting things a little bit muddled up. We just need to learn more about each other and I do see it coming good.”