Zabaleta: We must trust in the way Pellegrini works 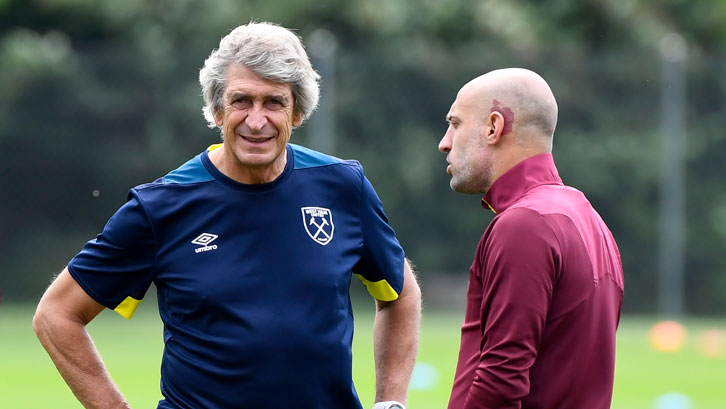 If anyone is qualified to endorse Manuel Pellegrini’s ability to produce a winning team at West Ham United, it is Pablo Zabaleta.

The right-back played under Pellegrini throughout his three-season spell at Manchester City between 2013-16, during which the pair won the Premier League title and two EFL Cups and the Chilean won nearly 60 per cent of the games he managed.

Zabaleta also saw the vastly-experienced Pellegrini at work at his first club in Argentina, San Lorenzo, and he believes the 64-year-old has the know-how he has accrued during a successful career that also included successful stops at Spanish clubs Villarreal, Real Madrid and Malaga.

“You trust in the way he works because of the teams he has worked with before,” said Zabaleta, who played 106 times under Pellegrini at Manchester City.

“The thing for Manuel is that for the first time maybe he doesn’t have the same quality in the team like he had before. So maybe it will take more time than at other clubs for him to get everything right.

“At Manchester City there was so much quality, we won games easily. Here it’s not the same. But he’s a great man, a good manager and will try to find the best way to get the results.”

A year ago, Zabaleta endured a similarly difficult start during his first season in Claret and Blue – a season that ended in the relative safety of a 13th-place finish.

After losing their opening four matches, the 33-year-old knows West Ham will be in for another challenging campaign unless they start improving performances and results soon.

And the No5 believes the Hammers’ eye-catching performance in the unfortunate 3-1 defeat at Arsenal last month shows there is sufficient quality in Pellegrini’s squad to turn things around quickly.

“It’s similar to last season when we didn’t start well and it was tough but we don’t want that,” he told The Sun.

“We have seen good teams going down before so we must fight. We know we have got the quality in the team but the players need to put in good performances.

“The 3-1 defeat away against Arsenal showed what is possible. We played well and deserved at least a point. We just missed so many chances.

“We’ve had some tough games — Liverpool and Arsenal away — but you have to win the home games. There’s a long way to go and hopefully we can get it right.”