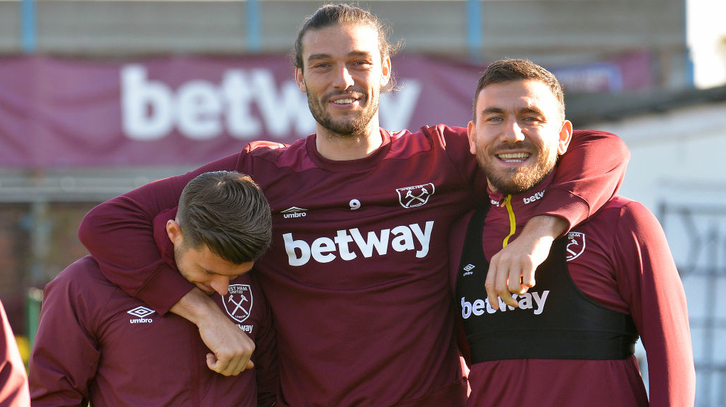 Manuel Pellegrini has indicated that Andy Carroll and Pedro Obiang are both nearing a return to action for West Ham United, although this Saturday’s match with Leicester City will come too soon for the duo.

Carroll is yet to feature for Pellegrini’s Irons in the Premier League this season after sustaining an ankle injury in pre-season, while Obiang was absent from the matchday squad for last weekend’s fixture against Tottenham Hotspur.

The pair will not feature this weekend for the Hammers against the Foxes but Pellegrini is optimistic that both will be back in the Claret and Blue in the next couple of weeks.

“Pedro, last week, had a small calf injury. It’s not serious but he needs some days more to recover. I hope he will be ready for Wednesday for the Carabao Cup game.”

Pellegrini also admitted that the loss of Andriy Yarmolenko is a blow to the Hammers, after the Ukrainian underwent successful surgery on an Achilles injury picked up against Spurs last weekend.

He continued: “Yarmolenko has had surgery and he will be out for around five months. It’s very disappointing. He’s an important player for us.

“He’s one of the players who arrived this season, so we could have more technical players. We also have Manuel Lanzini and Jack Wilshere out so the three players in the same position are out. It’s a real pity and it’s really difficult for the team.”

With the likes of Carlos Sanchez and Winston Reid also currently unavailable, Pellegrini acknowledged the toughness of operating without a number of important players. However, the manager believes there is also an opportunity for other players to stake a claim to a first-team berth in their absence.

He added: “Of course, it’s difficult when you have so many important players that you know are out because of long injuries. But I always say the same thing: we have a squad, not a team.

“Now is the moment for another player who maybe didn’t have the chance before to take the chance now. I hope we will continue being a competitive team.”