Zabaleta: We have to play our best against Man City 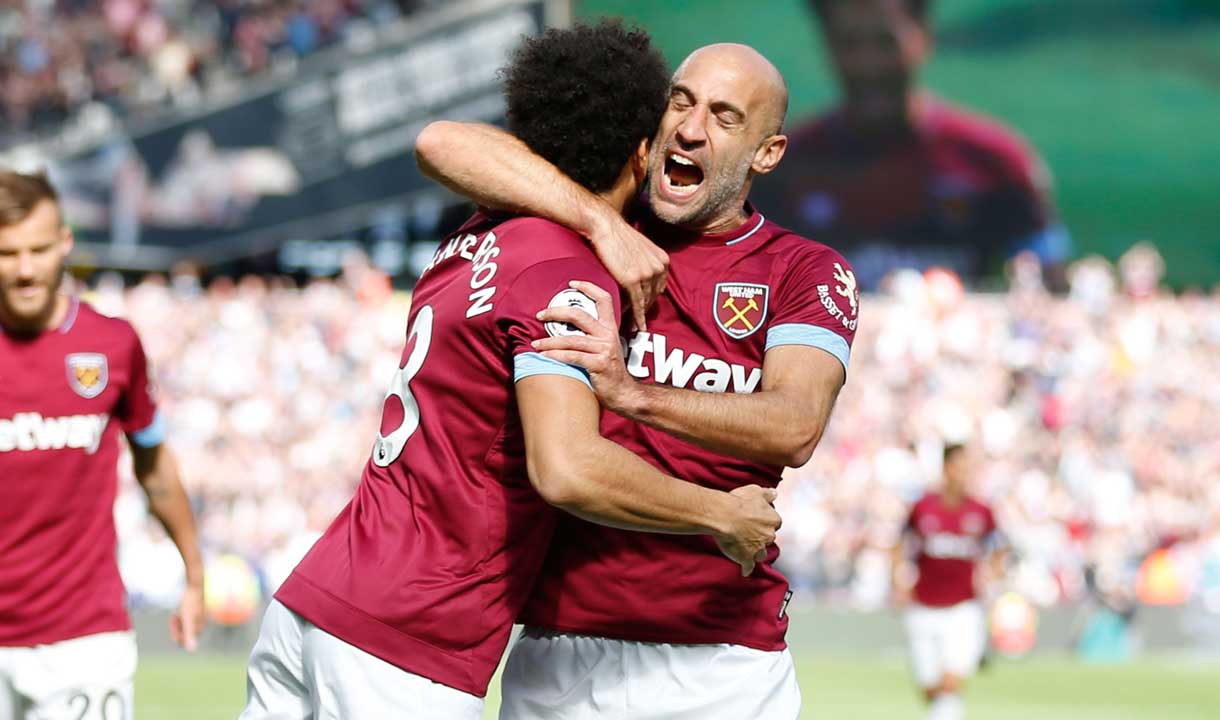 Pablo Zabaleta is looking forward to facing his former club Manchester City this weekend. However, he knows that the Irons cannot afford to make any mistakes if they are to get something from the game.

The Hammers welcome the league leaders to London Stadium on Saturday and are hoping to improve on their 1-1 draw with Huddersfield Town before the international break.

Speaking ahead of the game Zabaleta said: “We know how competitive this league is and every game is so difficult, but at the moment we are doing some good stuff.

“When we play against these teams, we have to make sure not to make any mistakes and we play our best performance of the season. We have to stop Sergio Aguero, Riyad Mahrez, David Silva and Raheem Sterling who’s in great form, all of them are great players.”

Zabaleta spent nine years at Manchester City and won two Premier League titles during that time. Saturday will see the defender face some former teammates including Aguero and Silva.

Zabaleta told whufc.com what it’s like to play his former side: “It’s special, but it is hard as well because I know most of the lads. When you play against some former teammates it’s difficult, but now I am a West Ham player and I want West Ham to win the game.

When we play against these teams, we have to make sure not to make any mistakes and we play our best performance of the season

“We will try to do everything we can to make it happen, it’s going to be tough of course, as we are going to be playing against the best team in the league. Nothing is impossible in football, we have to believe.

“Defensively we need to be solid, but also, we need to believe that we have the quality in the team to hurt them and hopefully we can be clinical enough to take our chances.”

The defender continued: “We are West Ham, we have the quality to beat anybody, but as I say it’s a game where we need to make sure we play the perfect game. It means we can’t make any individual mistakes, tactically we have to be really good, we have to be aggressive when defending and not give too much space to the attackers.

“Then we have to try to attack, because defensively sometimes you see chances because they play a high line and you can see space in behind. So, maybe with someone like Marko Arnautovic who is quick, and we know this, we can create chances and score goals."