Middag: I can’t wait to play for West Ham

Tessel Middag cannot wait to take to the pitch for the first time as a West Ham United player, with the midfielder on the comeback from injury.

Having signed for the Hammers from Manchester City in the summer, Middag was hit with a horrendous blow, suffering an ACL tear.

The 25-year-old’s injury was her second ACL-related set-back in just over a year, but Middag feels her journey back to the first team is going well.

I’ve got a long road still to go but I’m looking forward to being in the squad on a daily basis, and getting back to playing football.

“The injury was a real set-back,” Middag told whufc.com. “It’s the second time I’ve suffered with this injury which is always harsh for a football player, especially because it takes such a long time to recover from it properly.

“The rehab is going well. We’re four months past the surgery, which I had in Holland, and there’s where I am currently doing my rehab at the moment. I’m staying in close contact with Elena [Jobson, West Ham United women’s physiotherapist] and the people at the club.

The Netherlands international is now up to a full weekly training schedule, with the use of a football now a part of her daily sessions. 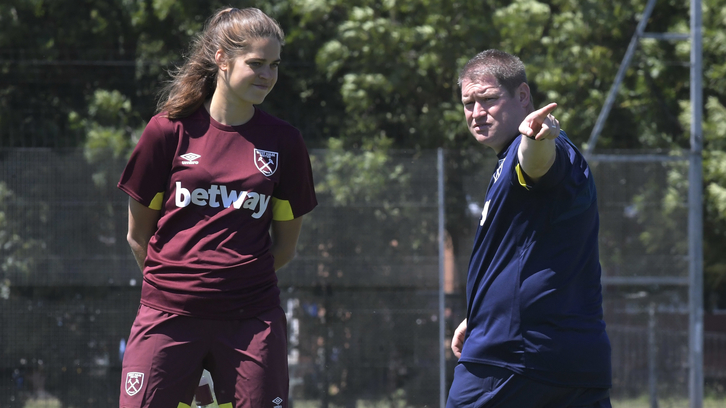 Middag continued: “I’m training five days a week and the football has been introduced into my rehab in the last couple of weeks. The next step now is to get running and do some dribbling drills with the ball.”

Although there is still some time before Middag is match fit and able to finally make her debut for the Irons, the midfielder is excited for the day when she can pull on the iconic Claret and Blue kit for the first time.

“I’m really excited,” she added.  “It’s so good to come back and see how much has changed already I first came. The whole stadium, and the way the pitch is built now; it’s really good to see. It looks modern and new.

“I can’t wait to show the fans my qualities and to experience on the pitch what it is like to play in front of the West Ham crowd.”