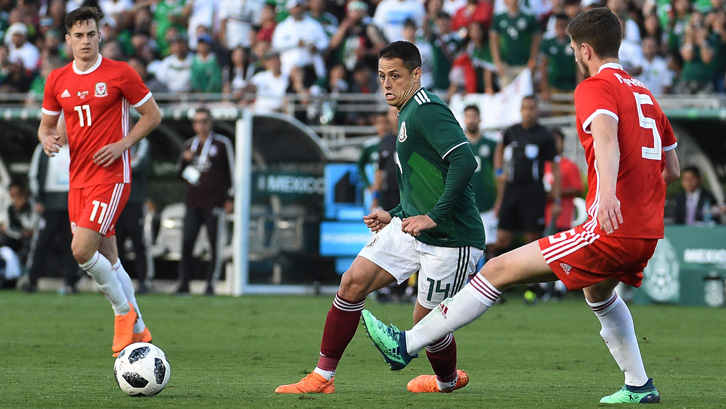 Chicharito endured a frustrating evening on his 101st appearance for Mexico as El Tri were held to a goalless draw by Wales on Monday night.

The West Ham United striker was named in the starting XI at the Rose Bowl in Pasadena, California, but the huge 82,345-strong crowd, the vast majority of whom were supporting Mexico, did not have a goal to cheer about thanks in large part to Wales goalkeeper Wayne Hennessey.

The Crystal Palace stopper made a number of important saves and interventions to help Ryan Giggs’ young side secure a deserved share of the spoils.

One of just two regular starters to be named in Juan Carlos Osorio's XI, the Hammers forward was withdrawn after 59 minutes, with Oribe Peralta replacing him for the final half-hour.

The 29-year-old and his teammates will hope for better luck in front of goal when they return home to Mexico City to face Scotland at the Azteca Stadium on Saturday evening.

The two matches against British opposition, and a third against Denmark in Copenhagen on Saturday 9 June, will help Mexico prepare for the upcoming FIFA World Cup finals in Russia, where they face Germany, South Korea and Sweden in the group stage.