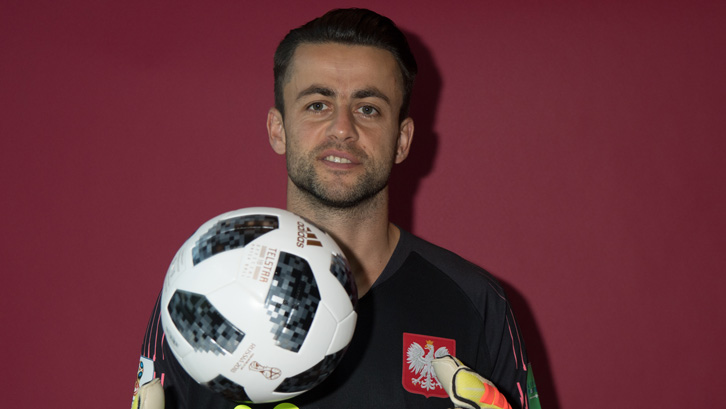 The stopper joins the Hammers on a three-year contract for an undisclosed fee from Swansea City, where he excelled over the last four seasons, making more saves than any other Premier League goalkeeper in that period.

The experienced 33-year-old, who is currently preparing for the 2018 FIFA World Cup finals with his national team in Russia, is looking forward to continuing his Premier League career in Claret and Blue.

“West Ham is a massive club so I’m really happy to be joining at such an exciting time here.  I will do my best on and off the pitch to help the team to achieve the best results possible and can’t wait to start this new chapter of my career,” said Fabianski, who was voted Swansea’s Player of the Year last season.

West Ham United Director of Football Mario Husillos said: “Lukasz is an experienced and established Premier League goalkeeper, with great quality that he has shown at both domestic and international level.

“He fits perfectly the mould of the modern goalkeeper, with excellent agility, presence and distribution, and will bring strong competition to the position.

“Of course, at this moment, Lukasz is fully focused on the World Cup finals with Poland. We wish him all the very best out in Russia and look forward to welcoming him upon his return to England later this summer.”

Born in the town of Kostrzyn nad Odrą in western Poland, Fabianski played youth football for a number of clubs before making his senior debut, aged 19, for Lech Poznan in a 4-1 Polish Cup win over Arka Gdynia in October 2004.

The following summer saw the young goalkeeper move to Legia Warsaw, where he made his Ekstraklasa bow against Arka in July 2005. Fabianski gave notice of his considerable promise by keeping clean sheets in each of his first three league games and recording an amazing 19 shutouts in 30 Ekstraklasa appearances in total as Legia won the title.

Another fine season in 2006/07 saw Arsenal spend £2million to bring Fabianski to north London, where he backed-up the likes of Jens Lehmann, Manuel Almunia and compatriot Wojciech Szczesny. Fabianski played 64 times for the Gunners, with his final appearance being the 2014 FA Cup final victory over Hull City at Wembley Stadium.

The past four seasons have seen Fabianski excel between the sticks for Swansea City, making a Premier League-high 499 saves over that period and missing just three top-flight matches. No Pole has made more Premier League appearances than Fabianski’s 181.

At international level, Fabianski has been battling for the Poland No1 jersey with Szczesny and Artur Boruc for the last decade, winning 45 caps in total. The 6’3 stopper has travelled to four major tournaments, making four appearances at UEFA Euro 2016.

West Ham United would like to welcome Lukasz and his family to the Club and wish him every success in his career in Claret and Blue.