The 21-year-old centre-back joins the Hammers from Ligue 1 club Toulouse on a five-year contract for an undisclosed Club record fee.

The Hammers saw off competition from a host of top European clubs to land the highly-rated Toulouse skipper.

An outstanding talent, Diop has been a first-team regular since breaking into the Ligue 1 side at the age of 18 in November 2015, making 95 appearances, and is now looking to step his game up to an even higher level in the Premier League.

“I am very happy to sign for such a historic, English club, and I hope to show my best here,” said the 6ft 4ins player, who has been capped by France at U21 level.

“I am a very ambitious player and West Ham is a very ambitious club, as we’ve seen with the appointment of the new coach. I hope to help the team win lots of games and make the fans happy.” 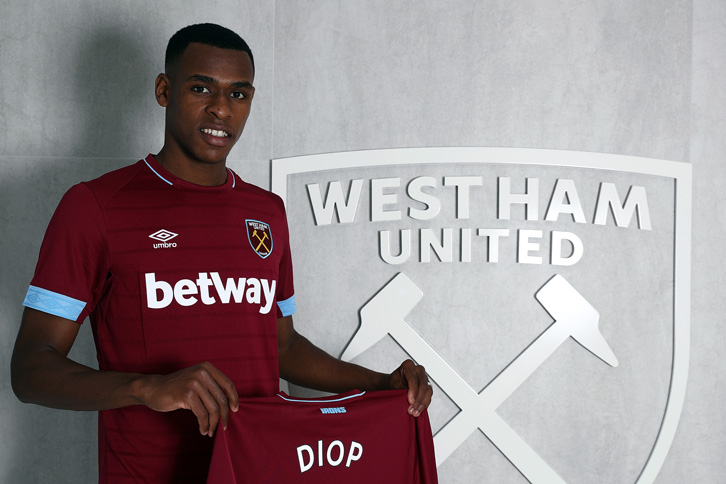 West Ham United Director of Football Mario Husillos added: “Issa is a player with fantastic potential who has already shown great quality at such a young age.

“It is a measure of his character and maturity that he was named captain of Toulouse at just 20 years of age, having already established himself in their team as a teenager.

“He has represented France at every youth level up to Under-21 and we believe that he is now ready to make the next step in his career by moving to the Premier League with West Ham United.

“There were many other big clubs interested in signing Issa and we are delighted that he has chosen to join us. We look forward to hopefully seeing him make a big impact next season."

Born in Toulouse in January 1997, Diop joined his hometown club at the age of nine in 2006 and progressed through the ranks.

In 2014, aged 17, he made his senior debut, featuring for Toulouse’s reserve team in the French fifth tier, the Championnat de France amateur 2 (CFA2).

After totalling three appearances at that level in 2014/15, seven more followed the following season – a campaign that also saw Diop promoted to the first-team squad under manager Dominique Arribage.

A Ligue 1 debut arrived on 28 November 2015, when Diop helped his team keep a clean sheet in a 2-0 win over Nice at the Stadium Municipal. He followed that with a goal in a 3-0 win at Troyes on his second top-flight appearance and ended the season with 23 first-team appearances to his name, all of them starts.

Diop continued his development in 2016/17, starting 30 times in Ligue 1, adding further goals against Bordeaux and Bastia and captaining the team for the first time against Monaco in April 2017.

While Toulouse struggled last season, only avoiding relegation with a 4-0 play-off win over Ajaccio in May, Diop enjoyed another fine campaign, starting a career-high 34 Ligue 1 matches and both play-off games.

At the age of 20, he was appointed Toulouse captain in October 2017, leading Les Violets to the quarter-finals of the Coupe de la Ligue.

At international level, Diop has been capped at every age-group level from U16 to U21, winning the UEFA European U19 Championship with France in 2016, when he scored his country’s fourth goal in a 4-0 victory over Italy in the final.