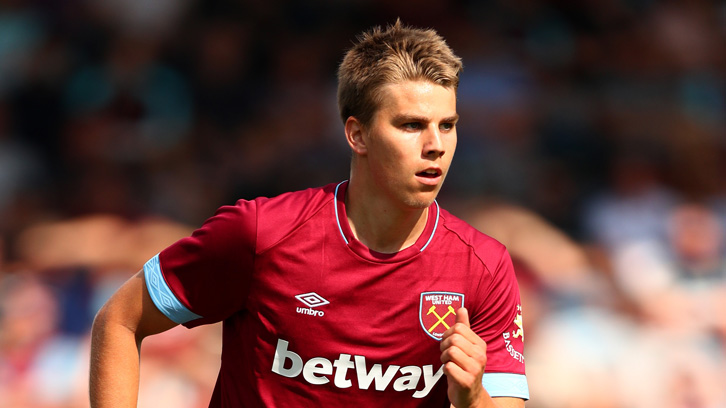 Martin Samuelsen has joined Dutch Eredivisie side VVV-Venlo on a season-long loan.

The Norway winger will head to the Seacon Stadion hoping to boost the fortunes of a Venlo squad who finished 15th in the table last season, four points above Roda JC Kerkrade in the final relegation place.

Samuelsen, 21, has previously spent time on loan at Peterborough United, Blackburn Rovers and, in the second half of last season, Championship club Burton Albion. He made his sole appearance for West Ham in a UEFA Europa League qualifier against Maltese side Birkirkara in July 2015.

Capped three times by his country, the Haugesund-born wideman made his Norway debut against Iceland in June 2016 and netted his maiden international goal against San Marino in October of the same year.

Venlo has a reputation for nurturing outstanding young players, with Japan great Keisuke Honda also joining the club at the age of 21 before going on to enjoy success with AC Milan.

In October 2015, West Ham’s Academy agreed to co-operate with the Limburg-based club which would see talented players exchanged between the two, while the Hammers also sent a Development Squad to face Venlo in a friendly in the summer of 2016.