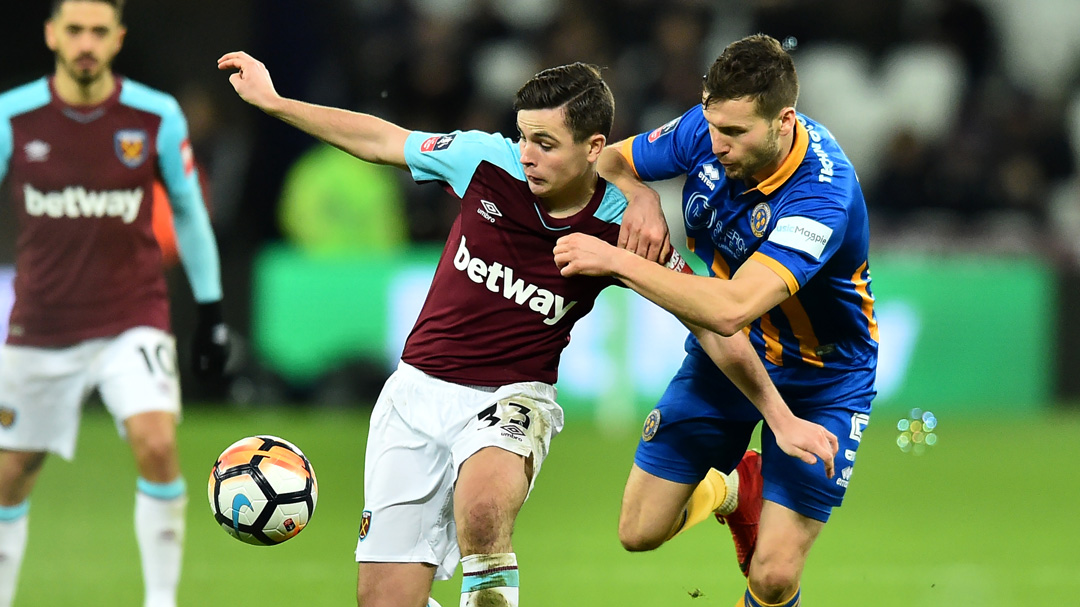 Josh Cullen is eyeing up a Premier League chance after impressing in both games of the Hammers’ Emirates FA Cup tie against Shrewsbury Town.

Cullen returned from a loan at Bolton Wanderers, alongside matchwinner Reece Burke, to play his part in the cup tie and wants to add to his one Premier League appearance for the Club so far – in the famous 3-0 win at Liverpool at the start of the 2015/16 season.

Now with plenty of experience under his belt from those loans at Bolton and Bradford City, Cullen is convinced he is ready to kick on,

“I’m delighted to get two appearances under my belt, two starts, and it’s great to have that faith shown in me. I want to push on from here.”

Tuesday’s replay was Cullen’s first London Stadium outing since the official opening against Juventus, so he was delighted to be back and share the winning moment with his fellow Academy graduate Burke.

“It was good to be back out there,” he added. “It’s a great feeling to play in front of the West Ham fans. It was a tough game and credit to Shrewsbury for making it tough for us but we’re through and now we can push on to the next round.

“I’m buzzing for Burkey to get the goal. It was one of them – he’s made a great contact with it, struck it nicely and it’s pinged off the bar and gone in,

“He’s got good technique, he’s not a head it and kick it centre half, and I’m delighted for him.”