Zabaleta: We fell short in the second half at Liverpool 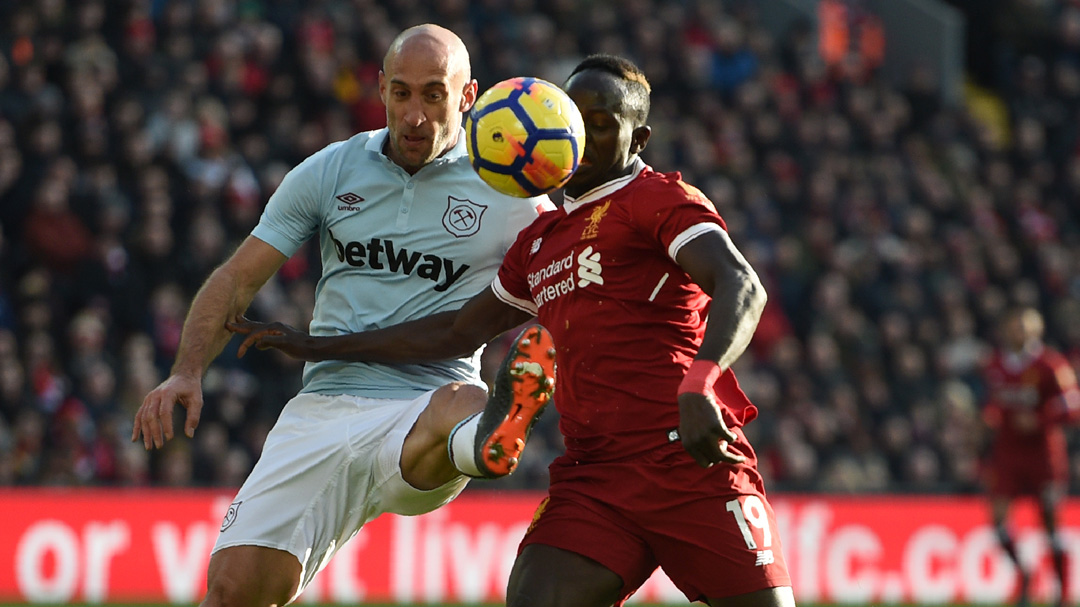 Pablo Zabaleta admitted the Hammers gave Liverpool a helping hand en route to their 4-1 Premier League victory over the east Londoners at Anfield on Saturday, saying their second half performance did not reach the standards they have set themselves.

David Moyes’ team started the game well enough, hitting the crossbar through Marko Arnautovic with the score at 0-0 after 15 minutes, but they conceded a 29th-minute opener to Emre Can from a set play and then were powerless to stop Liverpool taking the contest away from them after the break.

Zabaleta was disappointed with the way the hosts were able to create openings in the second period and says his team need to bounce back quickly when they head to Swansea City this weekend.

The No5 said: “Every time you play against top teams they have good quality up front and you have to make the perfect game to get something against the top sides. In the second half we gave them too many chances.

“It was tough. Anfield is always a tough place to come and they were better than us. First half we were good and had a few chances but in the second half we weren’t good enough. As a team they are very intense, they kept coming forward and they can score goals. It’s time to move on and just think about the Swansea game.

“Swansea are three points behind, everything is so tight at the bottom half of the table, and we need to win the games like this Saturday’s at Swansea.”

Reflecting further on Saturday's defeat, Zabaleta said Liverpool's front three of Mohamed Salah, Roberto Firmino and Sadio Mane - who all scored - will make things difficult for any defence that has to face them.

"It is not only against West Ham – we have seen they can score more than two or three goals against top sides," he continued. "It is always hard any time you come here. I think they are a really good team to be honest.

"Those three guys up front now are in a really good moment. They are difficult to play against. They don't give a point of reference, they are so mobile. They are good players. In the second half we gave them too many chances."

West Ham, who ended the weekend in 13th place with 30 points from 28 games, will look to bounce back when they visit the Liberty Stadium on Saturday at 3pm.