Noble: It’s a great result, three-nil away at Newcastle

Mark Noble was full of praise for his West Ham United teammates and the Claret and Blue Army after Saturday’s 3-0 Premier League win at Newcastle United.

Not only did the victory take West Ham back above Newcastle in the table, but Noble said it sets the Irons up superbly ahead of home games with Cardiff City and Crystal Palace.

“I feel relieved because Saturday was one of those games where, if you lose, you’re back in the mix and going into a three-game week,” said the skipper. “Especially myself after having four or five weeks off with my suspension and the international break, it was always going to be tough, but I felt really good out there and I thought the team played really well. 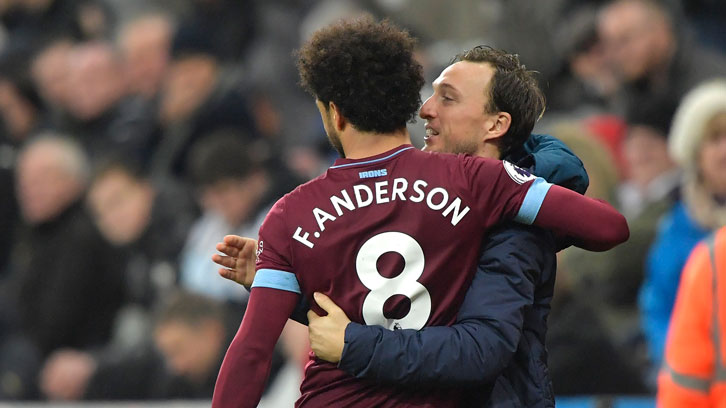 West Ham’s fourth Premier League win of the season – and just second in 15 attempts at St James’ Park – was based on a resilient defence and a counter-attacking game centred around the pace of Felipe Anderson, power of Marko Arnautovic and finishing prowess of Chicharito.

After the Mexican prodded his side ahead, the Hammers missed a succession of chances before his second finally made the game safe 20 minutes from the end.

“We just kept creating chances and it starts to get really frustrating when you’re out there because in the Premier League, when you create chances and don’t score, you can be punished as we have been in the past.

“Marko should have had a couple but didn’t but he ran all day long, ran past their players and caused havoc, Chicha did what he does best which is find the back of the net and then Felipe popped up with another one at the end, which was the icing on the cake for the boys.

“We can have a nice journey home, recover on Sunday and then we’ve got another big game on Tuesday.”

Making just his third Premier League start of the season, Chicharito was outstanding, not only with his trademark clinical finishing but also holding the ball up, running in behind and combining with Arnautovic and fellow goalscorer Felipe Anderson.

“We all know what Chicha’s about,” Noble continued. “Everyone says it and it probably gets boring but if he gets a chance, he will score.

“He got two or three and he scored two and he’s probably upset he’s not got a hat-trick, knowing Chicha.

“It’s a great result, three-nil away at Newcastle. I saw a stat on Friday night that I think we’d only won there once in 20 years, so twice is nice, as they say!” 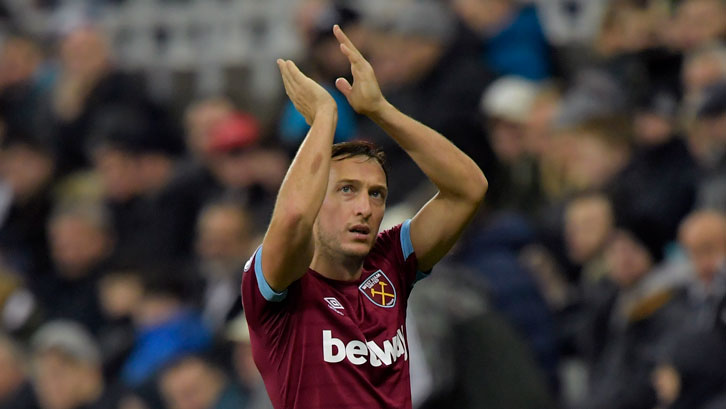 Before heading home, Noble and his teammates applauded the 3,000-strong Claret and Blue Army, who could be heard loud and proud at St James’ Park – a ground they have seldom enjoyed the view from high up in the Leazes Stand.

“It was brilliant to see all of them up there when we finished and we went over to clap them,” Noble confirmed. “It’s a long way to travel on a cold day close to Christmas – probably five or six hours in the car – so for them to all be there when we finish is fantastic.

“To be honest I’ve been here so long, do I expect it? Yes. Do I expect anything else? No, because they’ve always been like that. So to me it’s second nature, but to the boys, they really appreciate that.”