Coming in at number eight in our #50GreatestHammers, as voted for by West Ham United supporters in association with Official Investment Partner Basset & Gold, is centre-back Alvin Martin.

Check back to the West Ham United website tomorrow for numbers seven through to four... 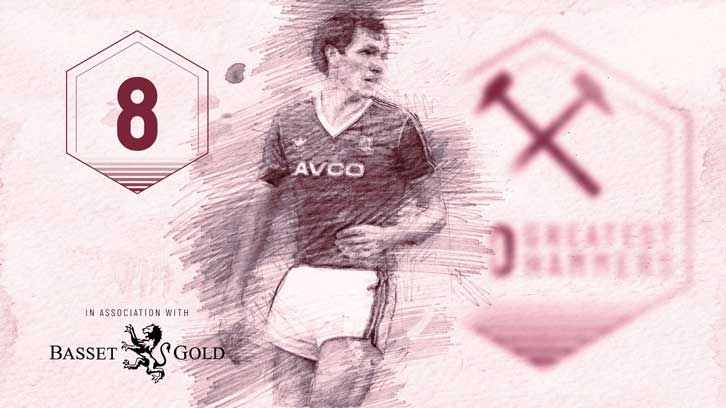 With three Hammer of the Year awards, and enough outings to put him fifth on West Ham United’s record appearance list, Alvin Martin's position as one of the Club’s greatest ever servants is undisputed.

Attached to Everton as a schoolboy, Martin was snapped up as an apprentice on August 19 1974. Professional terms were agreed less than two years later, and what would follow was 20 years of passion, fight, and leaving it all on the pitch for the Claret and Blue.

Martin made his debut in the Claret and Blue on as a substitute in March 1978, coming on against Aston Villa. It was the first of 596 showings for the club, and the beginning of something special. While the defender would only make five showings that campaign – a year that West Ham would be relegated – the seeds were sown.

Martin would make the position his own, becoming a crucial cog at the heart of the West Ham United team. A stalwart in defence, Martin played for the Irons in the famous 1980 FA Cup final, helping the Hammers keep out a strong, attacking Arsenal side, as Sir Trevor Brooking scored the only goal to secure the trophy for West Ham. Martin’s contributions that season would see him win the first of his Hammer of the Year titles. 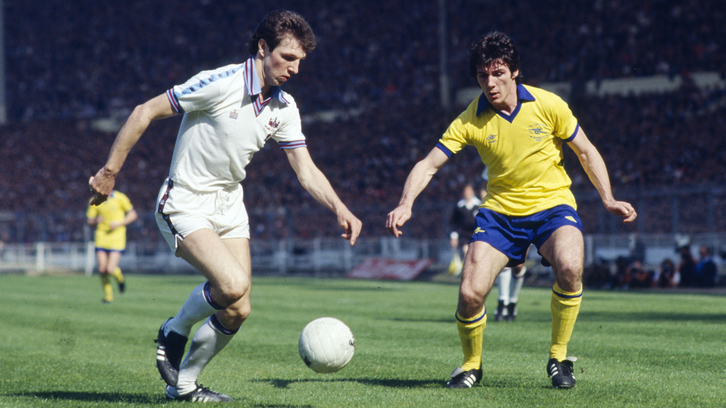 A run to the League Cup final in the 1980/81 season followed, as did West Ham’s return to the top flight, having won the Second Division title. It was a year in which the Hammers earned one of the best defensive records – a statistic that Martin was at the heart of. Such was the defender’s form, that he earned an England call-up in May 1981, despite playing in the second tier.

Two further Hammer of the Year awards would follow for Martin, coming in successive campaigns – the 1981/82 season, and the 1982/83 season.

The 1985/86 campaign proved to be West Ham’s most successful league campaign ever and, as had become the norm, Martin was at the centre of that run, playing in 40 of the side’s 42 matches. The Irons finished third, and the centre-back earned the unusual feat of scoring a hat-trick in an 8-1 win over Newcastle – netting each of his goals against a different goalkeeper.

A loyal stalwart for the Hammers, Martin referred to manager John Lyall as ‘a father figure’, and stayed with the side even after relegation in 1989, helping the team to bounce back in 1991.

With 21 years of service to West Ham United, Martin became one of only two players to awarded two testimonials, against Tottenham in 1988 and Chelsea in 1995. Billy Bonds it the only player to share this honour.

Martin would depart West Ham United in 1996, playing his final game as a 37-year-old against Sheffield Wednesday. Despite briefly featuring for Leyton Orient after, Martin was a West Ham boy through-and-through, and consistently displayed the traits most valued by supporters – loyalty, bravery and fortitude.