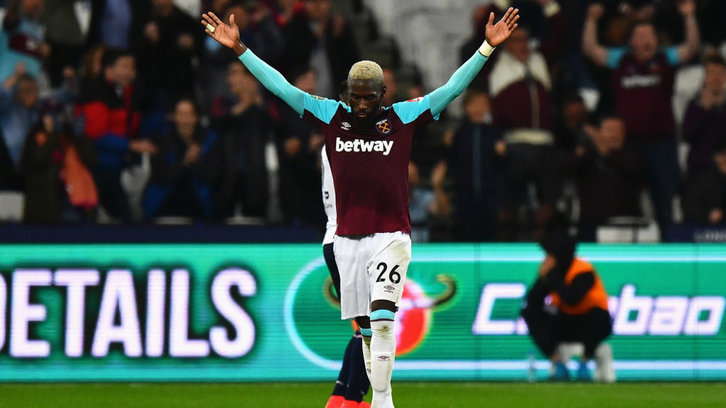 Arthur Masuaku has revealed his delight at scoring his first goal for West Ham United in the 3-0 Carabao Cup win over Bolton Wanderers.

Masuaku netted a screamer from 25 yards in the dying embers of Tuesday’s victory over the Championship side to put the finishing touches on the Hammers’ progression into the fourth round of the competition.

Angelo Ogbonna and Diafra Sakho also netted in the first half to put Slaven Bilic’s side in control before Masuaku beat Mark Howard in the away side’s net.

I was in the middle and in a good position to shoot. I didn’t think about it. As soon as I saw I had the space I had the shot and I’m thrilled it went in.

The beautiful finish was the first goal the 23-year-old has scored since moving to West Ham last summer from Olympiacos and Masuaku is thrilled at getting off the mark with such a terrific effort.

“It’s a great goal,” Masuaku told whufc.com: “It’s a long time since I last scored. The last time was two years ago at Olympiacos. That day I recovered the ball and dribbled and completed a one-two.

“This one was different but I’m very happy with it. I was in the middle and in a good position to shoot. I didn’t think about it. As soon as I saw I had the space I had the shot and I’m thrilled it went in.”

The defender believes scoring such a brilliant finish must have been destined after also finding the net with a similar goal during training earlier this week. 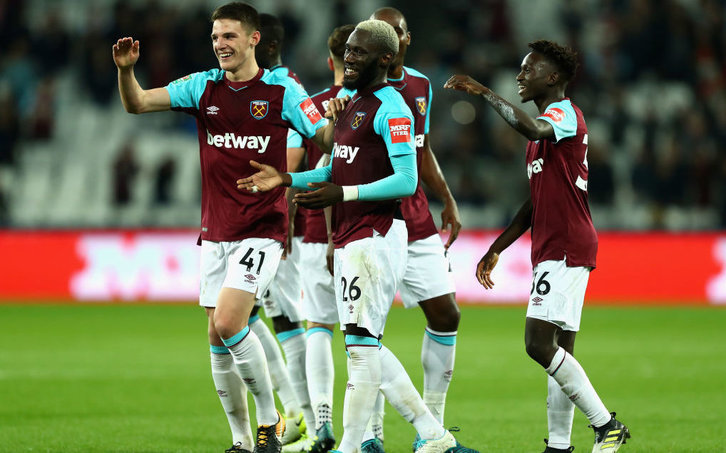 He added: “I’m not going to lie. This week in training I did the same! I delighted with the finish and getting my first goal for the Hammers.

“It’s always good to score. Usually I don’t score but it was a good goal and a great win. It was a great team performance so I’m really happy.” 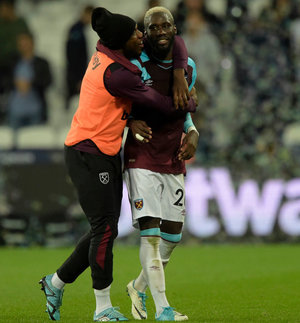 The win over Bolton has put West Ham into the fourth round of the Carabao Cup and Masuaku is confident that the Irons can continue their journey through the tournament.

“If we have a good draw we can go very far. We have the quality to go as far as we can. We are ambitious and we want to win every game.”

With the victory over Bolton the first of three consecutive home matches for the Hammers – with league games against Tottenham Hotspur and Swansea City to come – Masuaku is prepared to make the step into the starting XI again on Saturday should manager Bilic select him.

Masuaku said: “I’m looking forward to hopefully playing. Obviously, it is the coach’s decision and I just have to be ready and if I play I’m going to try to help the team and try to play like I did today.

“I am confident and I’m ready to play more minutes.”