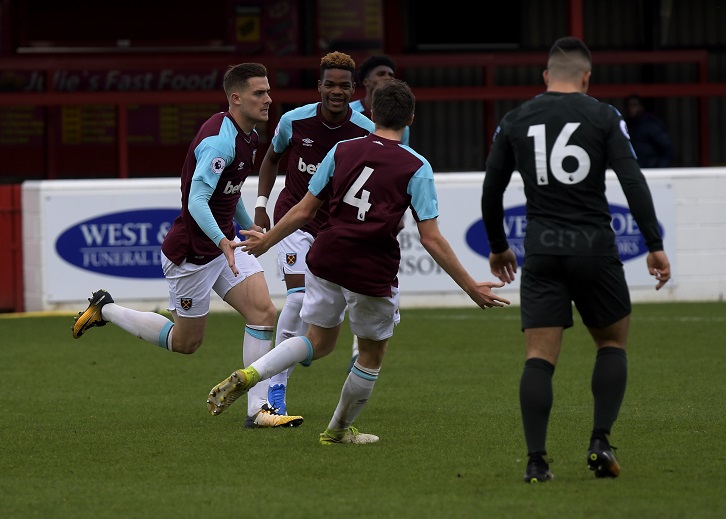 The Hammers and the Citizens combined to create well over 30 goal attempts during a hugely entertaining game at Dagenham & Redbridge FC’s Chigwell Construction Stadium.

And it was leading scorer Toni Martinez who stole the headlines again, slamming an unstoppable low drive into the bottom left-hand corner with just seven minutes remaining.

Saturday’s victory means the newly-promoted Hammers now have 17 points from nine games and are up to third in the table.

That there were just three goals scored – Nathan Holland had levelled Taylor Richards’ 20th-minute opener before half-time – was largely down to the performances of goalkeepers Nathan Trott and Aro Muric.

West Ham’s England U20 stopper and City’s Swiss youth international were both in inspired form, producing a succession of saves to keep their respective teams in the game.

The two sides created chance after chance, although it was Terry Westley’s hosts who will be more frustrated to have to settle for a single point, rather than all three.

Trott was truly outstanding in the opening half, denying Richards, Rabbi Matondo and his 2017 UEFA European Championship-winning teammate Lukas Nmecha, who also side-footed wide when it looked easier to score.

Even when City did finally beat the Bermuda-born ‘keeper, Trott saved Nmecha’s initial shot with his feet and Richards reacted quickest to find the roof of the net.

Having fallen behind, West Ham responded superbly, pinning City back and causing untold problems for centre-half Tosin Adarabioyo, who played 90 minutes in the midweek Carabao Cup win over Wolverhampton Wanderers.

Conor Coventry curled over before Muric denied Holland on no fewer than three occasions. Then, seven minutes before the break, Trott denied Nmecha and the Hammers broke the length of the field to level when the England U20 winger converted from Haksabanovic’s pass. 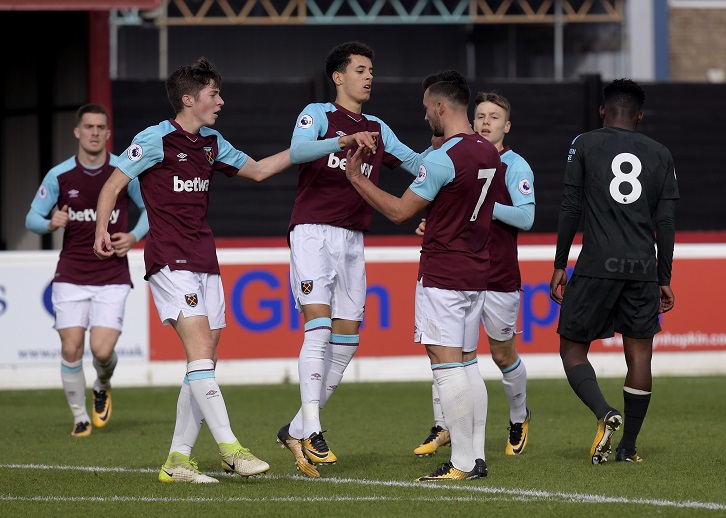 The fun continued into the second half as West Ham went close five times in the opening five minutes as Holland saw two more shots blocked and a third saved by Muric, Kemp dragged wide and Quina’s drive was charged down.

City were struggling to contain the home side and Martinez saw a low shot saved comfortably before cutting back for Kemp, who smashed a rising effort agonisingly wide.

At the other end, Trott had a much calmer time as City threatened sporadically, with Benjamin Garre’s low shot into the side netting and Conor Coventry blocking Richards’ effort.

Academy Director Westley sent on Martin Samuelsen and Grady Diangana for the closing stages, and it was the Norwegian who teed up Martinez to win it with an unstoppable low drive with seven minutes remaining, leaving Muric grasping at thin air.

Even then, Trott was called into action again, saving superbly from substitute Jairo Dilrosun moments after Martinez’s winner to secure three deserved points for his side.

Next up for the Hammers is a Checkatrade Trophy group-stage fixture at Bristol Rovers on Tuesday evening.