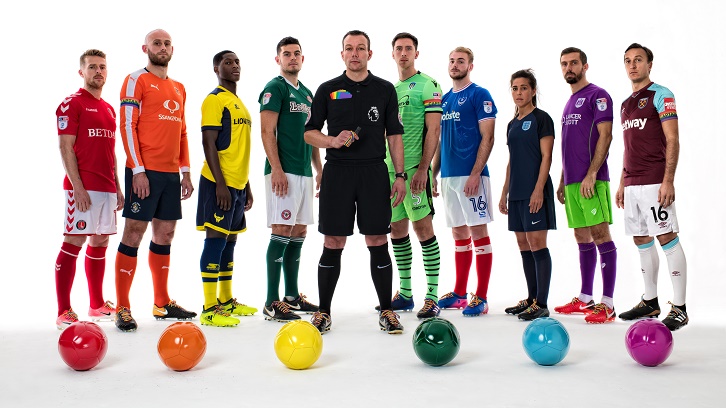 The Hammers will be the first of the 92 Premier League and EFL clubs to support the week-long initiative, which campaign to make football everyone’s game, with national teams, leading clubs, professional players, fans and grassroots players from across football showing their support for LGBT people in sport.

“We are proud to kick-off Stonewall’s Rainbow Laces Week tonight and support a cause that is very important to everyone at West Ham United,” said Mr Sullivan.

“We have an excellent relationship with our fantastic Pride of Irons supporters’ club, who help us ensure LGBT fans feel completely welcome at London Stadium. I am sure every one of you will show your support this evening.”

Football is a game for everyone, and I am sure you will all agree it is important that absolutely nobody feels unwelcome when watching or playing sport

Those sentiments were echoed by manager David Moyes.

“We are proud to be kicking-off Stonewall’s Rainbow Laces Week this evening, which will be helping promote a strong message across sport over the next seven days,” said Moyes.

“Football is a game for everyone, and I am sure you will all agree it is important that absolutely nobody feels unwelcome when watching or playing sport.”

Jim Dolan is co-chairman of West Ham United’s LGBT supporters’ club Pride of Irons and believes the Hammers are leading the way when it comes to creating an inclusive environment, not only at London Stadium, but throughout the Club.

“West Ham is a Club that supports all of its fans and isn’t just about ticking boxes. Since the creation of Pride of Irons, the Club have been in full support from sending Hammerhead to the London Pride Parade to asking us to come in to the Club to provide training to Supporter Liaison Officers around LGBT issues.

“And for anyone who thinks we’re isolating ourselves as a group, that’s not the case. Around a quarter of our members are straight and all are invited to join. We want to create a supportive environment for LGBT fans and their families which can only be achieved with acceptance and support from every fan in the stands.”

To find out more about the campaign and buy your own pair of Rainbow Laces click here, then tweet a picture of you wearing them and tag @StonewallUK and #RainbowLaces to show your support.