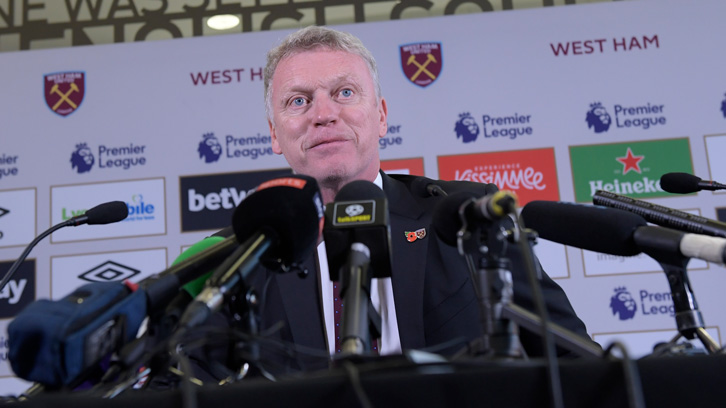 David Moyes says he is pleased with the attitude shown by West Ham United players in training and called on his squad to show they are good enough to play at London Stadium in front of the Club's passionate fans.

Speaking at his first press conference as West Ham manager. Moyes said he had a 'point to prove' and was confident of leading a strong team further up the table.

"I’ve got to say the players have been good," Moyes said. "Their attitude has been excellent. They’ve worked hard the last couple of days and we will keep them working hard.  I think it’s a really strong squad of players here. There’s a group of players here that, certainly for me, shouldn’t be in the position they are in – that’s for sure.

I’ve got to say the players have been good. Their attitude has been excellent. I think it’s a really strong squad of players here.

"Ultimately, it’s results that count. There’s so much at stake in the Premier League."

He added: "I think I have a point to prove. I do. I think maybe I have to do that and show it. Sometimes you have to repair things and maybe I’ve got a little bit to repair.

The 54-year-old indicated that it was an easy decision to join the Hammers, and is eager to step out at London Stadium for the first time as the Club's manager.

He continued: "This was a really easy decision to make. West Ham is a top club and it has a brilliant stadium. We will grow into it and we will become much better.

"I think they were telling me over 50,000 season ticket holders. I hope the future is great for West Ham and I think having a facility like this gives them a great chance of doing well.

"I’m taking over a great football club. It used to be one of the most fearsome places to come and play your football. You ask any manager in the Premier League – and probably in other leagues as well – and coming to Upton Park back in the day was a really tough place to go. 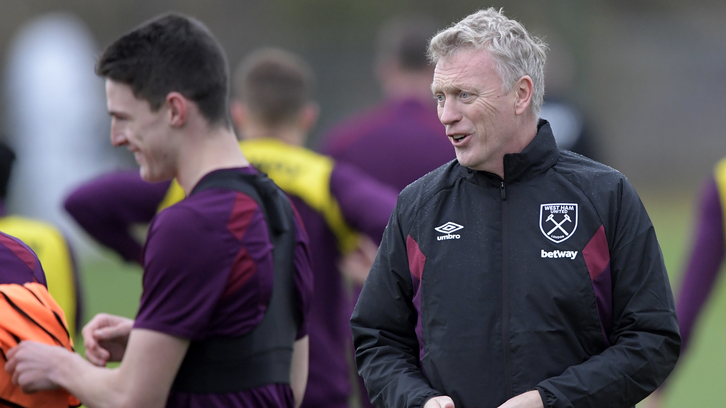 "I don’t see why it should be any different now. None at all. For me, that has to be the purpose of how we start."

Moyes has highlighted West Ham's next match, away to Watford, as the object of his immediate focus as the Scottish manager looks to start his Irons tenure with a victory.

"My biggest challenge right away is that I’ve got a game coming up in ten days or so now and I have to get my team ready to play in that. Obviously, some players are away and the games come thick and fast.

"I’m well aware that we’ve got a tough period coming up as well. I want to try and get myself ready to put on a good show in those games."

As It Happened: Moyes and Král's press conference

Four things we loved about the win over Chelsea

Coufal: The support was unbelievable