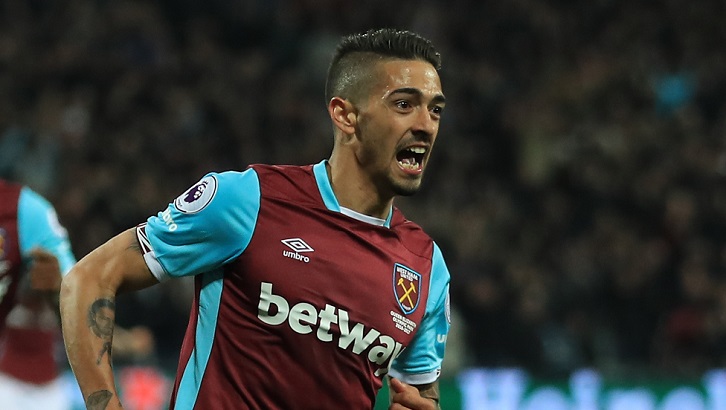 James Collins and Manuel Lanzini were the headline-makers as four more trophies were presented at the West Ham United 2016/17 Player Awards, brought to you by Betway in aid of the Academy.

Centre-half Collins was rewarded for his outstanding display in the vital 1-0 Premier League win over Swansea City in April as the fans’ choice for Best Individual Performance, sponsored by Peter Rayney Tax Consulting.

The Wales international made an imperious 12 clearances to ensure the Hammers kept a clean sheet in defeating the Swans at London Stadium, ensuring he took home the Award ahead of Cheikhou Kouyate, Darren Randolph, Winston Reid, Michail Antonio and Pedro Obiang.

"It's a massive honour and my first Award in the ten years I've been here, and to win it for my performance in such a big game is massive!" said the Ginger Pele.

"We had lost to Arsenal earlier on in the week and everyone was a bit down, but the Gaffer came in and said 'You've got to forget about this as quick as possible because we've got a big game against Swansea', so we knew it was a massive game, but we performed well and got the three points.

"We'd have liked it to have been a bit more comfortable, but as a defender I was happy with the one and the clean sheet all day!"

Meanwhile, Argentinian playmaker Lanzini capped an impressive campaign by winning the acclaim of his teammates to scoop the Players’ Player of the Year award, sponsored by AsMATT Limited.

The No10 has been outstanding in recent months, especially, scoring beautiful goals in wins over Crystal Palace – home and away – and a vital strike in the home victory over Tottenham Hotspur at London Stadium.

With eight in all competitions, the 24-year-old is also in the running for the Top Goalscorer award, sponsored by Mulalley. With two games remaining, Lanzini sits just one goal behind Michail Antonio in the scoring charts.

Meanwhile, manager Slaven Bilic took to the stage with his players to receive the Best Team Performance award, for the 2-1 EFL Cup fourth-round win over Chelsea at London Stadium in October.

Cheikhou Kouyate and Edimilson Fernandes were the heroes as the Hammers edged out Antonio Conte’s Blues on an unforgettable night in Stratford, beating off fellow nominees and Premier League wins over Swansea City, Crystal Palace, Middlesbrough and Southampton.