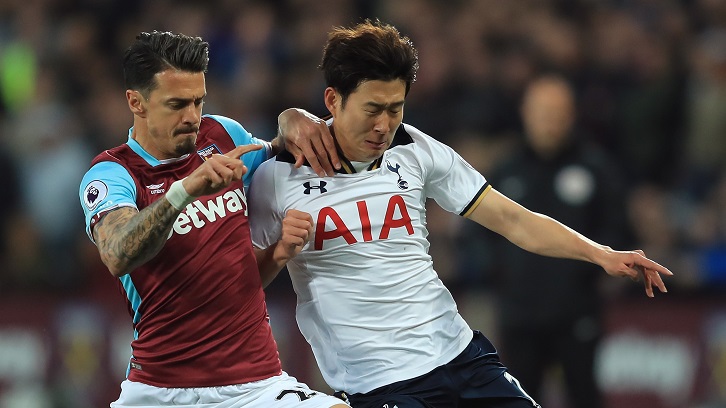 Fresh from beating second-place Spurs, the Hammers welcome the third-place Reds to London Stadium seeking to extend their unbeaten run to six matches and continue their strong finish to the season.

With two games to play – West Ham go to Burnley on the final day – Fonte and his teammates are targeting a top-ten finish, but know they will need to take at least four points from those matches if they are to hit that target.

“We are pleased, but we still have two games to go and two wins to get,” said the Portugal defender, who has now kept eleven clean sheets in 31 Premier League appearances this season. “We have a massive game against Liverpool and we want to finish in the top ten, so we have got to win those two games. It’s another big game on Sunday and we want to replicate what we did against Tottenham.

“We have found a good system and we’ve been excellent in the last four games, so I’m pleased, because as a defender it’s good to keep clean sheets.

“The three points are always more important, but the clean sheet matters to me!”

When we play like this as a team and work hard, it’s very difficult to beat us

On Friday, Kane had just two first-half shots, both of which were saved by Adrian – an illustration of the resilience the Hammers showed in ending Tottenham’s nine-match winning streak. 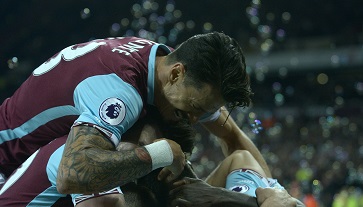 “It was a great night,” Fonte confirmed. “When we play like this as a team and work hard, it’s very difficult to beat us. So, well done to us and well done to the fans, who created an unbelievable atmosphere. They helped us to win the game and this win is for them.

“We knew we would be hard to beat. Our confidence is high and we knew if we performed how we had been performing, it would be very difficult to score against us. So, we went into the game knowing we would get chances if we stayed compact and kept the lines closed, then broke quickly, and that’s what happened.

“Credit to the manager who made the system work, and credit to us.”

Having helped the Hammers to climb clear of the relegation dogfight, Fonte’s next target is to help his new Club take the next step next season by challenging for European football.

“I came here to be successful and help the Club to be successful,” said the UEFA Euro 2016 winner. “I didn’t have the perfect start, but one thing I don’t do is give up. I trust the process and I trust my work during the week, and I give my heart and soul for this Club now and for my teammates.

“I’m pleased for these last few results and I’m pleased the fans have supported us. If the fans want to, they can make it hell for the opponents and that’s what they did on Friday. They were loud, they were intense and we felt it – goosebumps.

“Well done to the fans, because they were massive and this win is for them.”