Adrian: It could have finished five or six-nil at least!

Adrian believes West Ham United would not have been hard done by if they had thrashed Stoke City by five or six goals on Saturday.

After ignoring the hardship of a power cut that delayed kick-off by an hour, the Hammers had to make do with a 3-0 Premier League victory at the bet365 Stadium, but the goalkeeper was full of praise for the way his outfield colleagues played.

Mark Noble, Marko Arnautovic and Diafra Sakho got the goals as David Moyes’ side made it three clean sheets and seven points in the space of a week to climb out of the relegation zone, with every player in Claret and Blue putting in a huge shift for their team.

“It’s a massive three points and a massive win,” said the No13. We played very well in defence and in attack. It could have finished five or six-nil at least!

“Everyone deserved it. We have been working hard for the last few weeks and we are in a positive way now and so everyone has to enjoy this massive three points.

“It was strange but we knew the game would be delayed, so we went back to the dressing room and started again. We played very well at three or four o’clock. The time didn’t matter.” 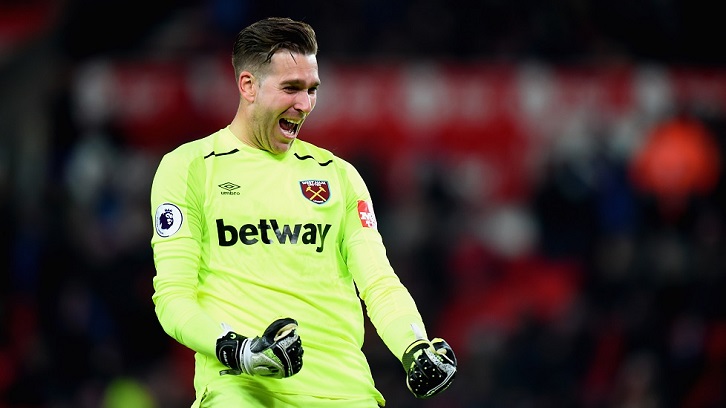 It could all have turned out differently had Ryan Shawcross’s first-half headed nestled inside the post rather than hitting Adrian’s upright. Thirty seconds later, Manuel Lanzini had been fouled and West Ham had a penalty.

While Stoke did have chances themselves after falling behind, it was the Hammers who created a succession of clear-cut opportunities and thoroughly deserved their first away win of the season.

Arnautovic was irrepressible, ignoring the jeers from the stand to rattle the Stoke woodwork twice, hit the side netting on two occasions and see at least two other chances fly narrowly off target, earning praise from his goalkeeper.

At the other end, the returning James Collins’ display was just one of a host of truly outstanding defensive performances.

“This is the Premier League and one second of the game can change it for you or the other team. The luck was for us in the moment they hit the post and then Manu ran the whole pitch and won the penalty.

“The boys playing very well. It was a very important game for Marko, going back to his old team and he scored, so he’s really happy.

“We play as a team and we are showing that we’re a good team and a good squad and we are attacking and defending like that.

“We have to stay working in this moment. We have to enjoy this great win, but we have an important game on Tuesday against Arsenal in the cup.” 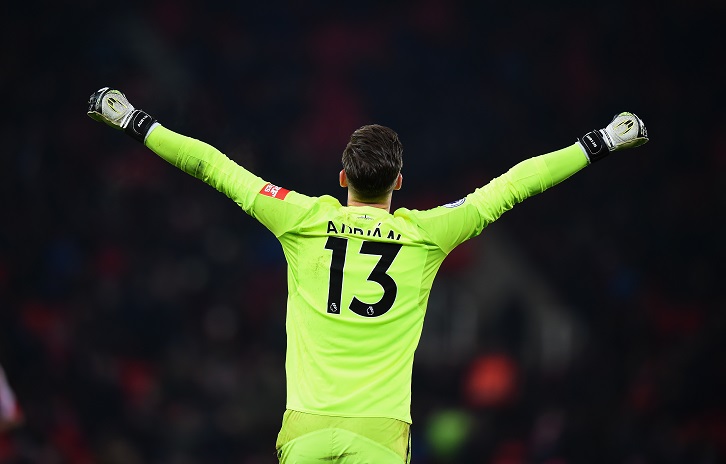 Adrian himself made it three clean sheets in four games since returning to the starting XI at Manchester City last month – a feat recognised by an admiring Claret and Blue Army.

Next up is a Carabao Cup quarter-final at the Emirates and the Spaniard is targeting another big performance and positive result on Tuesday evening.

“I really appreciate it, every time I hear my name from the fans. I have a special relationship with them from my beginning at West Ham.

“This is a good run. I try to help the team with my saves. I was not very busy because everybody defended well, so this clean sheet is for everyone.

“We are in a positive way now so we want to win this game. We are out of the bottom three, but we’re working game by game and now we have a cup tie on Tuesday. We will think about that one and then the next one and the next one.”