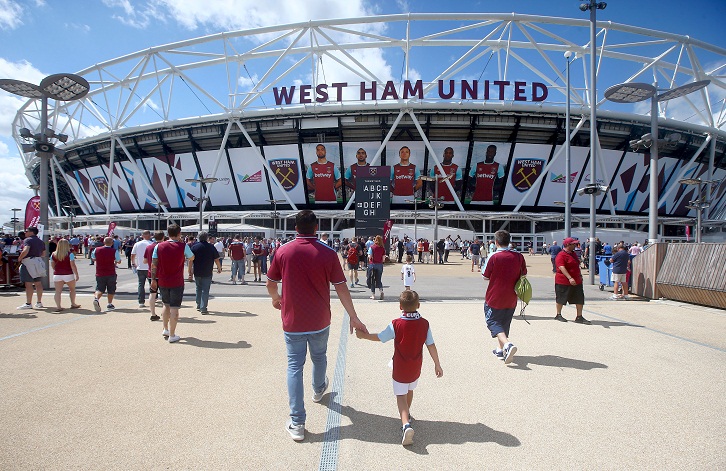 West Ham United will look to build on the midweek EFL Cup victory over Accrington Stanley when they welcome Southampton to London Stadium on Sunday.

The Hammers ended a run of four straight defeats when Dimitri Payet’s last-gasp free-kick saw off Accrington and now will try to record their second league win of the campaign.

After beating AFC Bournemouth in August, the Hammers were defeated by Manchester City, Watford and West Bromwich Albion, but would climb above Southampton in the table with victory over Claude Puel’s team.

The Saints finished one place above West Ham in sixth place last term, and have recovered from a slow start to the campaign with three straight wins in all competitions.

After beating Sparta Prague 3-0 in their UEFA Europa League opener, they saw off Swansea City in the league and Crystal Palace in the EFL Cup.

They currently sit 13th in the league table, with five points from as many games.

The Hammers will be without Arthur Masuaku, who is facing six weeks out with a knee ligament problem. Alvaro Arbeloa could make his Premier League bow in his place, with Sam Byram at right back.

Andre Ayew, Aaron Cresswell, Andy Carroll and Diafra Sakho remain sidelined, while Adrian is expected to return in goal following Darren Randolph’s run out in the EFL Cup in midweek.

For Southampton, Charlie Austin could start after scoring four in his last three games. However, Jay Rodriguez is out with a groin problem.

Any links between the two?

West Ham winger Michail Antonio had a spell on loan at Southampton from Reading back in the 2009/10 season.

He notched seven goals in 39 appearances for the Saints, including one at Wembley in their EFL Trophy triumph against Carlisle United.

Last season the Hammers beat Southampton 2-1 at the Boleyn Ground, with Antonio and Andy Carroll on target.

How can I get to the game?

Click here for the latest on the Tubes, here for train info and here for up-to-date news on road travel.

How can I watch the game?

The match is being broadcast live in the UK on Sky Sports. Broadcast information for supporters based overseas can be found here. You can also follow all the action live on whufc.com and our social media channels.

Irvine: Everton is a lovely draw but I want a good result

Everton v West Ham - All you need to know