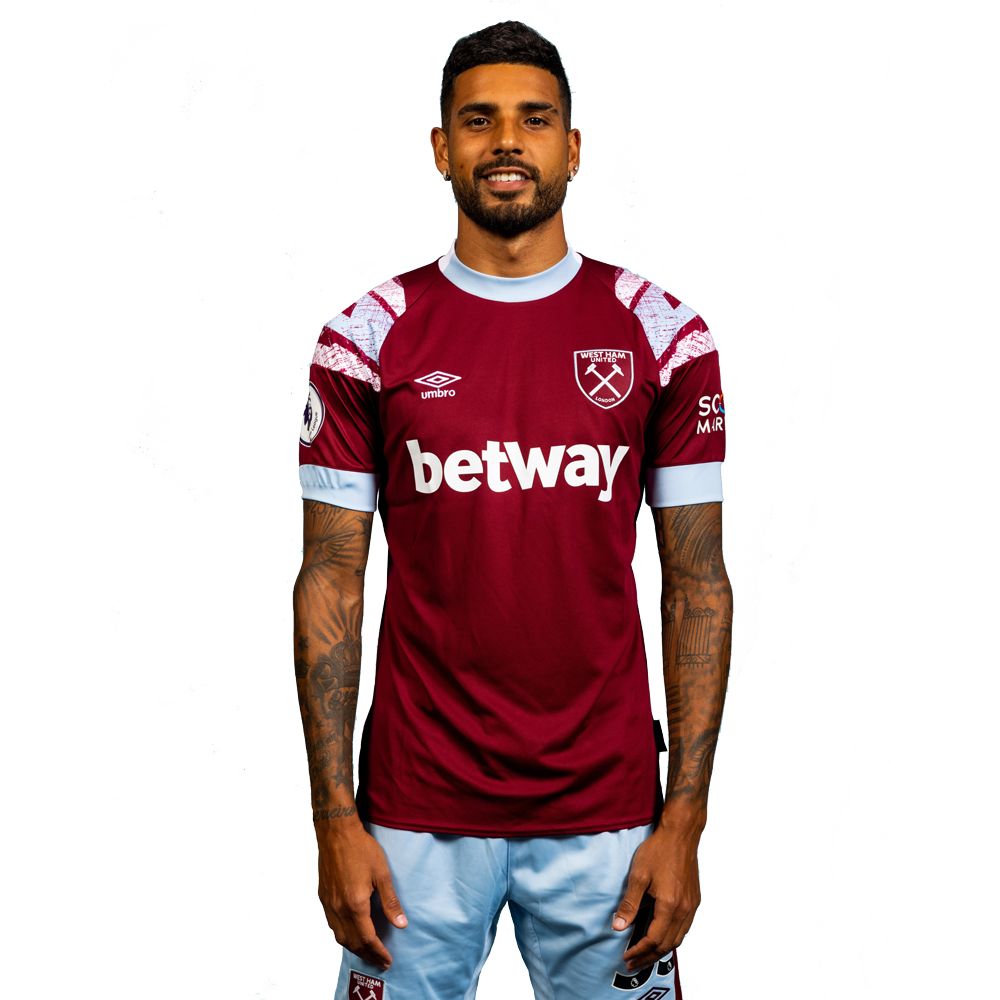 The 28-year-old has joined the Hammers on a four-year contract with a one-year option for an undisclosed fee from fellow Premier League club Chelsea.

A pacy and technically proficient left-back or left wing-back renowned for his stamina and attacking qualities, Emerson has won the UEFA European Championship, UEFA Champions League and UEFA Europa League during a stellar career.

Born in Brazil, Emerson moved to Italian football in 2014, was granted Italian citizenship and switched international allegiance three years later, and has since won 27 caps, including a start in Italy’s Euro 2020 final victory over England at Wembley.

Born in Santos in Brazil's São Paulo state in August 1994, Emerson spent his youth career in the Santos Academy and made his first team debut on April 2011 in the Campeonato Paulista, before making his first start in January 2012...After three years with his boyhood club, Emerson joined Italian Serie A side Palermo on a season-long loan, making nine league appearances. His efforts persuaded AS Roma to make a move for the defender, who would switch to I Giallorossi, initially on loan, for the 2015/16 campaign...After having his loan extended for a second season, Roma would buy Emerson outright in December 2016, and he helped the club finish second in Serie A and reach the Europa League round of 16...Having become an Italian citizen, Emerson joined January 2018, making his debut in an FA Cup fifth-round win over Jarrod Bowen’s Hull City at Stamford Bridge and going on to win the competition...Emerson totalled 71 appearances for the Blues, including the 2019 Europa League final win over Arsenal, and was part of the squad for the 2021 Champions League final victory over Manchester City...The full-back joined Lyon on loan for the 2021/22 campaign and featured 36 times in all competitions, including starts in both legs of the Europa League quarter-final tie with West Ham.