In a match that will be played behind-closed-doors, Chelsea U23s are the first visitors to Rush Green Stadium this season, kicking off at 1pm on Sunday afternoon.

Here’s all you need to know about the game…

For a game-and-a-half of the new campaign, everything seemed to be going the way of Dmitri Halajko’s development squad.

A sensational opening-day performance fully warranted a 6-1 win over Arsenal under the bright lights of London Stadium, with Armstrong Okoflex bagging a clinical hattrick to go with goals from Mipo Odubeko, Conor Coventry and Thierry Nevers.

Although the gulf in quality of performance wasn’t quite as wide against Brighton & Hove Albion U23s four days later, the Hammers looked to have continued that form at the Amex Elite Performance Centre, Odubeko thumping home early again to capitalise on a commanding first-half performance.

But as Halajko conceded at the final whistle, the second half on the south coast did not go to plan.

A scrambled equaliser from the home team on the hour mark was quickly followed up by a rashly conceded penalty and a softly conceded third goal, and the Seagulls seemed out of sight.

Thierry Nevers’ second goal off the bench in four days – a real howitzer of a strike from 25 yards – seemed to have given the young Hammers a glimmer of hope, but another concession from a well-worked Brighton move two minutes later put an end to it.

After such encouragement earlier in the game, the Hammers were left to reflect on a match in which the Seagulls were more decisive with their spell on top – leading to Halajko demanding immediate improvements from his side.

After a week-and-a-half’s training, a London derby against Chelsea is the perfect platform from which the U23s will hope to deliver them.

Unbeaten champions of Premier League 2 Division 1 as recently as two seasons ago – albeit in a curtailed campaign – Chelsea U23s were forced to settle for second place last season after Manchester City ran away with the title.

Indeed, after a mid-season five-game winless run, it looked as if the junior Blues might finish further down the table than that, but they recovered to win five of their last eight Premier League 2 games and maintain their status as one of the division’s high-flyers.

Since then, a number of players who featured regularly in Premier League 2 last season have joined top-flight rivals, including Tino Livramento and Dynel Simeu (both now at Southampton), Marc Guehi (Crystal Palace), Lewis Bate (Leeds United) and Myles Peart-Harris (Brentford).

French youth international Pierre Ekwah, meanwhile, also switched across London, completing a permanent transfer to West Ham in June after impressing on trial in the final two games of last season. The midfielder has yet to make an appearance this season, but could do so against his former club.

Chelsea retain, however, a squad of supreme talent, with gifted England youth international Harvey Vale having netted all of their goals this season so far in a 2-2 and a 1-1 draw against Tottenham Hotspur and Manchester United respectively.

Vale started last season as an U18s player but quickly progressed to the U23s, finishing the campaign with a combined goals and assists total of 18 in 28 academy outings.

Fellow 17-year-old forward Jacob Soonsup-Bell scored 19 goals in 27 academy games, and so while Chelsea U23s’ line-ups have had a youthful glimpse so far this season, development squad head coach Andy Myers – who himself came through the Chelsea academy to win an FA Cup and UEFA Cup Winners’ Cup with the club – has plenty of talent to work with.

Two closely-fought encounters ensued between the young Hammers and Blues squads last season, starting with an opening-day match at Chelsea’s Kingsmeadow back in September 2020.

On that occasion, an absorbing contest between two teams who had won their respective divisions the previous season – light on chances, but packed with plenty of fine play – was settled in the Blues’ favour by a late Dion Rankine strike.

In the return fixture at Rush Green Stadium back in April, it looked as if West Ham were on course to gain a measure of revenge when they took the lead early in the second half, but a late penalty from George McEachran saw the game end in a 1-1 draw.

West Ham United U23s lead coach Dmitri Halajko: “We had two great games against Chelsea U23s last year. They were really close and really on the edge, and could have gone either way.

“They’re one of the best academies you play in youth football every season, so it’s always a good challenge to go up against them. We’ll try to go toe-to-toe with them, as we did last year.”

West Ham United U23s’ match against Chelsea U23s will be played behind-closed-doors at Rush Green Stadium on Sunday 20 August, kicking off at 1pm. Only key personnel and invited guests will be admitted.

You can still follow proceedings, however, with our live blog on whufc.com from 12.30pm and Twitter updates, and there will be the usual array of post-match reaction and highlights pieces available over Sunday evening and Monday morning. 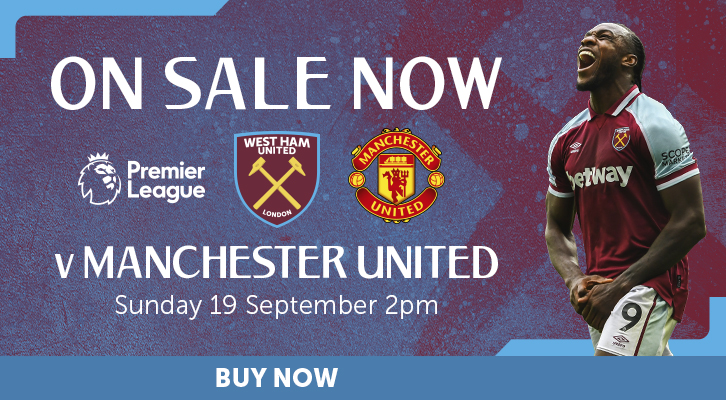