David Moyes will welcome Jesse Lingard back into his squad for Sunday’s Premier League derby with Arsenal at London Stadium.

The attacking midfielder, who earned a recall to Gareth Southgate’s England squad after a 21-month absence on Thursday, is available again after missing last weekend’s defeat at parent club Manchester United under the terms of his loan agreement.

Lingard’s return to the England setup for the first time since the 2019 UEFA Nations League finals comes on the back of a superb start to life on loan at West Ham, with the 28-year-old scoring four goals, assisting two more and winning a penalty in his first six appearances for the Irons.

Moyes feels Lingard deserved his recall and is looking forward to seeing what he can do in Claret and Blue over the final ten matches of the 2020/21 season.

“I’m really pleased for Jesse,” he said, speaking in his pre-match press conference. “It’s great for him and his performances have warranted it in how he’s played for us.

“I have to say he’s been very good. We just hope that continues and we want him to keep showing exactly what he can do on the pitch and he’s helped us. He’s been a good acquisition to the squad and we hope he can add more goals between now and the end of the season.

“He’s looked very good in training this week and I think since the day he came in everybody has been a bit surprised how good his fitness is and how good his all-round game is.

“I can see by the way he is working that he’s even getting better and his physical data is getting better and overall he’s been very good for us. He’s helped us, he’s given us another string to our bow in terms of attacking options, so we’re really pleased with him.”

When asked if he wanted to make the loan move permanent in the summer, Moyes said he instead wants both player and Club to concentrate on finishing the current campaign strongly.

“We’ve not thought it,” he confirmed. “We’ve not taken that any further at the moment. We’ve got him on loan and he’s doing a good job for us just now. We’ll discuss and look at it at the end of the season, but it’s not something which we’ve taken any further than the situation we’re in just now.”

When asked for other team news, Moyes said a number of first-team players are edging closer to their respective returns from injury.

Pablo Fornals (groin), Angelo Ogbonna (ankle), Ryan Fredericks, Arthur Masuaku and Andriy Yarmolenko (both knee) were all absent from Old Trafford are expected to miss Sunday’s game against the Gunners, but the quintet could all be back in action soon.

“We’ve got just about everybody the same,” he confirmed. “Pablo Fornals is improving and on the injury front Angelo Ogbonna is closing in and getting much closer to fitness but he’s a wee bit away.

“Arthur Masuaku and Andriy Yarmolenko are both getting much closer as well so hopefully it won’t be too long until we’re back to a full squad.” 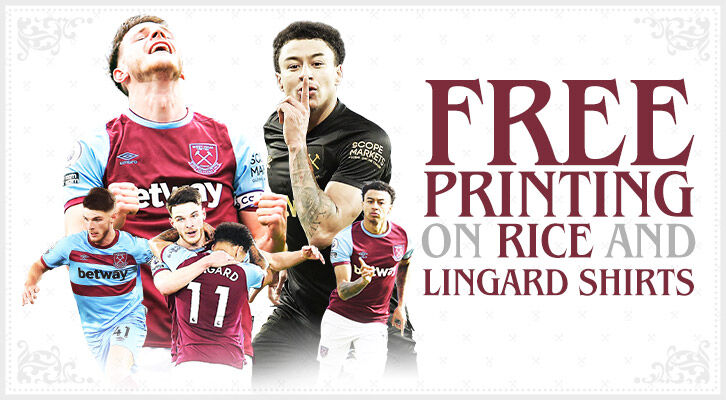