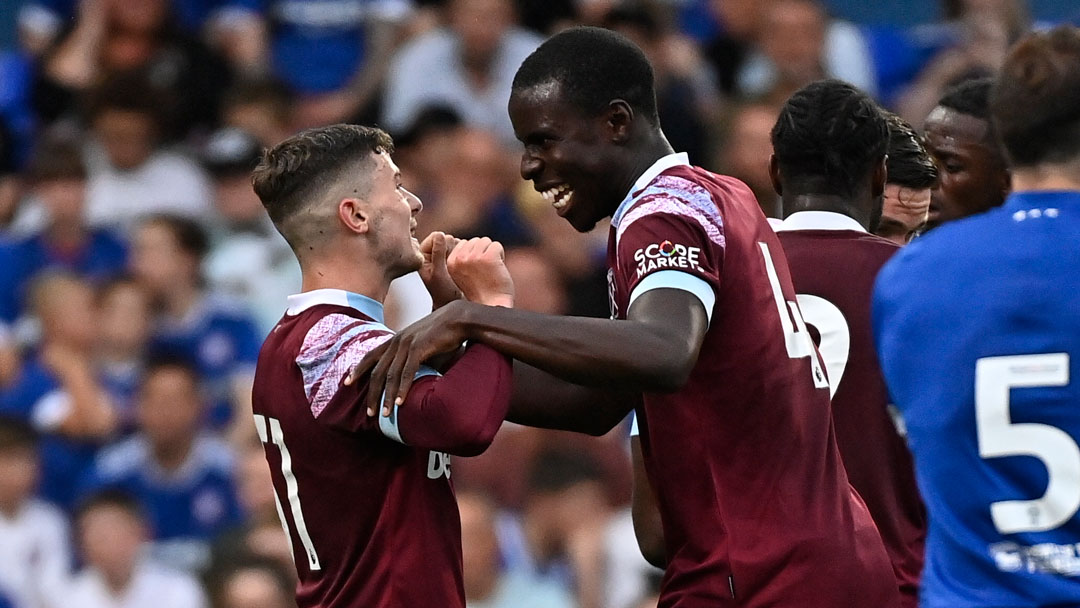 Goals in each half from Kurt Zouma and Dan Chesters saw West Ham United score a 2-1 pre-season win at Ipswich Town on Tuesday evening.

The France centre-back prodded the Hammers into the lead just after the half-hour mark, before the midfielder made sure of victory at Portman Road with a neat finish after fellow Academy of Football graduate Harrison Ashby’s rasping drive had come back off the woodwork.

The Irons were made to work on a hot and sticky night in Suffolk, particularly when substitute Kane Vincent-Young headed in with 15 minutes to play, but David Moyes’ side were ultimately value for their win.

Two former Ipswich players started for West Ham in captain Aaron Cresswell and midfielder Flynn Downes, with the latter making his first appearance for the Club he supports following his recent move from EFL Championship side Swansea City.

Ipswich will have designs on reaching the Championship themselves this coming season, but West Ham have bigger ambitions and, with that in mind, Moyes split his squad in half to get maximum miles into their legs, with a second group going to National League Boreham Wood on the same night.

With the international players not involved, six seniors were joined by five Academy prospects and understandably it took time for the Irons to gel.

Ipswich went closest in the opening half-hour, with centre-forward Freddie Ladapo racing clear from halfway, but his shot skimmed Łukasz Fabiański’s studs and hit the outside of the post when it looked easier to score.

Michail Antonio then thumped against the Ipswich goalframe from an acute angle before the same player provided the cross that led to Zouma’s opener, the Frenchman converting after goalkeeper Christian Walton had parried his initial header. 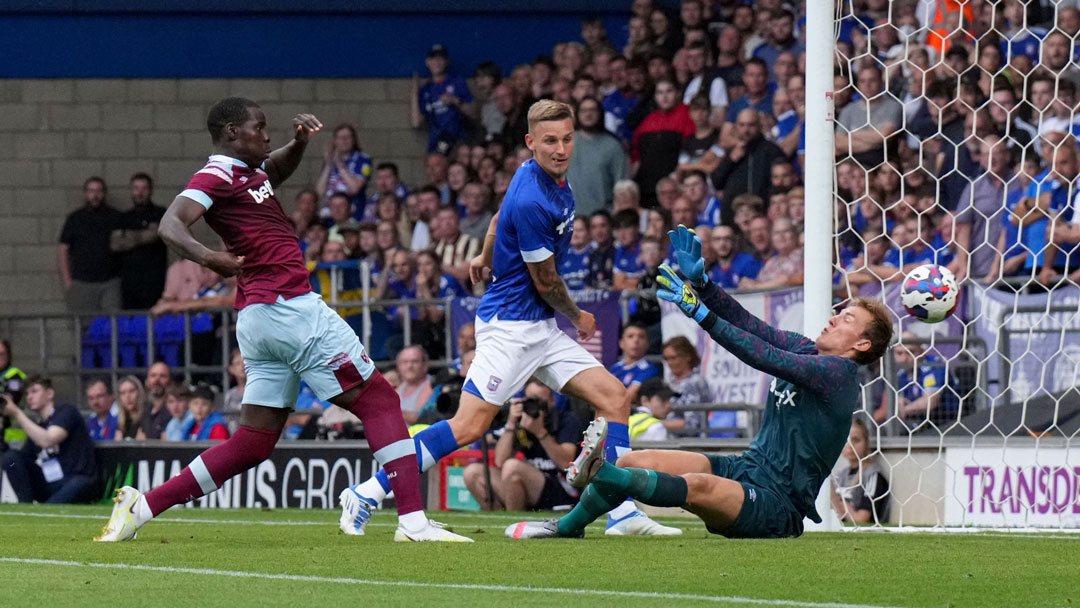 Into the second half and the two teams traded half-chances in a lively opening, with Pablo Fornals and Aji Alese shooting wide for West Ham and Lee Evans firing high for Ipswich.

After Antonio had been denied by a last-ditch challenge from Corrie Ndaba, Fabiański had held Sam Morsy’s half-volley and Cresswell had curled a free-kick over the top, West Ham went 2-0 up through Chesters on 63 minutes.

The goal could have belonged to Ashby, whose thunderous 25-yarder smashed against the left-hand post with Walton beaten, but instead the loose ball dropped to Chesters, who controlled before calmly passing into the net.

Ipswich responded well, particularly after making eight further changes, and understandably looked the fresher of the two sides going into the final quarter of the game.

And the Tractor Boys ploughed their way back into proceedings on 75 minutes when right winger Kayden Vincent-Young got above Cresswell to plant a bouncing header off the wet turf and inside the far post.

Cresswell nearly got his own back moments later, but his snap-volley was saved by substitute goalkeeper Vaclav Hladky.

There was still time for 17-year-old midfielder George Earthy to be sent on for a late debut in place of Armstrong Okoflex and Fabiański to hold a looping late header from Kayden Jackson as West Ham saw out the final few minutes to score a welcome warm-up win.