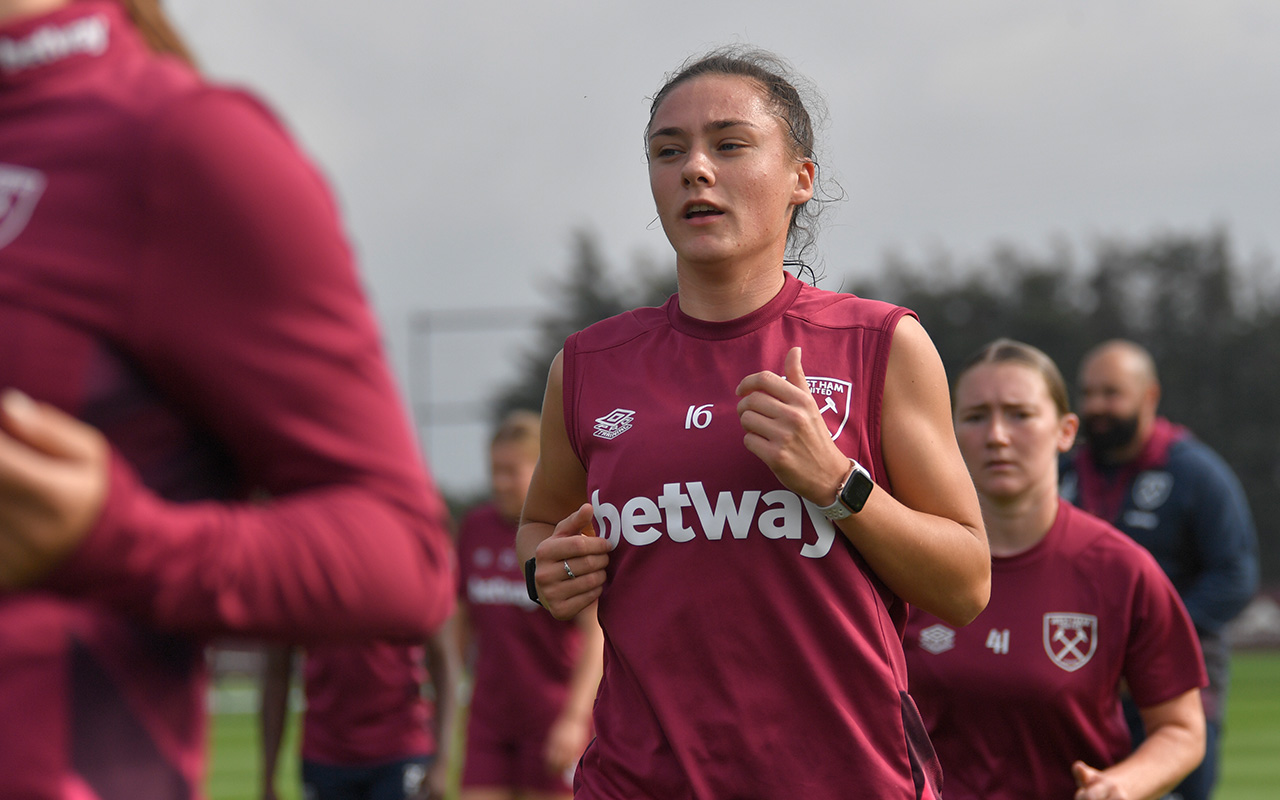 Ziu: We want to put in a good performance for the fans against Manchester United

Jess Ziu is looking forward to the prospect of facing off against Manchester United on Sunday.

West Ham United Women take on the Red Devils at Chigwell Construction Stadium on Sunday afternoon in what is their second match of the new Barclays Women’s Super League (WSL) season.

In their opener, Jess Ziu was voted as Zo Skin Health Player of the Match by the West Ham United fans, with the 20-year-old Republic of Ireland international putting in an exemplary performance in the 1-0 victory over Everton, on what was her first competitive appearance in Claret & Blue.

Now, Ziu wants to make sure that the team repay the support shown from the fans by putting in another good performance this Sunday.

“It was a really surreal feeling to make my debut in the WSL,” Ziu told whufc.com.

“I was excited to finally get to play in front of the fans for the first time and getting to meet them all at the end of the game and celebrate the victory with them just topped the day off as a whole.

“We know how important our fans can be for us this season, they can make our stadium feel like a really tough place to come for the opposition.

“We need to make sure we reward their efforts with performances on the pitch and we hope to be able to do that again on Sunday.”

Ziu was the architect for the only goal of the game in the win over the Toffees, heading a looping ball back into the path of Lisa Evans after a corner hadn’t been cleared properly.

It was a good moment for Ziu and the best possible way for the team to begin the new WSL season.

“It was pleasing to get an assist and be voted as Player of the Match after the game. The most important thing, though, was that we got the victory and the crucial three points that come with it.

“We all wanted to make the best possible start to the new season,” Ziu continued. “That should give us some good momentum going into some of the tough fixtures that we have coming up.”

Marc Skinner’s Manchester United come into this game after scoring four against Everton at Leigh Sports Village on the opening day.

Having made some big moves in the summer, many expect them to push last season’s top three all the way in their quest for a Champions League place.

Ziu is looking forward to the prospect of taking on a team of United's quality.

“I think United are a top, top side – they have a lot of experience and a lot of quality throughout their squad.

“I’m sure the game will be a lot quicker than it was against Everton, as they have some really dangerous players at the top end of the pitch who will make it difficult for us in behind.

However, we’ve worked hard on nullifying their strengths and also exploiting their weaknesses this week in training, and we will all be raring to go once Sunday comes around and the ball is kicked,” Ziu concluded.

Tickets for Sunday's game are on sale online until 1pm on the day of the game - priced from just £13 for Adults and £5 for Juniors! 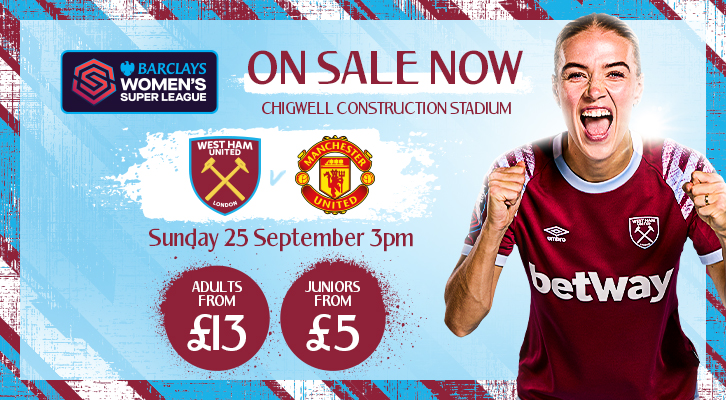